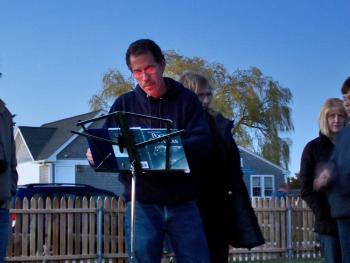 Tom Abbott is a volunteer at the Frosty Drew Observatory. He first took an interest in astronomy, when as a child, his father brought him home a small Tasco refractor telescope.
Tom would later attend planetarium shows on a regular basis at the Miami Space Transit Planetarium, which were created and directed by the late Jack Horkheimer. While studying for his Forestry degree at the University of Montana, Tom continued his interest in astronomy by taking several classes from astronomy and physics professor, Thomas E. Margrave Jr. Tom currently works as Forester for the State of Rhode Island.