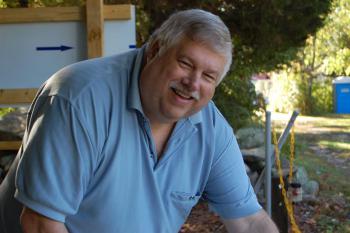 David A. Huestis has been actively involved in the field of observational astronomy for over 35 years in Rhode Island. He is a former President of Skyscrapers, Inc., the second oldest continuously operating amateur astronomical society in the United States. He has held that position three times over this period and is now the society’s Historian. David also holds a position at Brown University’s Ladd Observatory as Staff Astronomer.

For a decade ending in 1995 he taught the “Telescopic Astronomy” course at the Boston Museum of Science, and in that same year, he completed his seventh year teaching the mini-course “How to Choose a Telescope” for the museum.

David informs the local print and news media about astronomical events by writing a monthly general astronomy column. In December 2007, Huestis published a 180-page hardcover book titled 75 Years of Skyscrapers, highlighting the history of Skyscrapers. Drawing on his primary research, he wrote "Stardust Memories: Frank Evans Seagrave and Halley's Comet – 1910,” an article that appeared in the May 1986 issue of the Rhode Island History Journal, about the notable Providence astronomer who calculated Halley’s orbit with the greatest accuracy of his time.

Besides writing, Huestis has published several of his aurora borealis photos. One appeared in the July 1978 issue of Sky and Telescope magazine. That same image was selected by Kelley Beatty, et al, for inclusion in The New Solar System book, the first (1981) and second (1982) editions. That exposure led him to have two aurora images and commentary appear in a sky phenomenon book titled, Sunsets, Twilights and Evening Skies by Aden and Majorie Meinel of Arizona in 1983. He has also freelanced as a book reviewer for the prestigious Sky and Telescope magazine in 1992 and 1993 on the topic of the northern lights.

And more recently, during February 2009, Dave received two recognition awards for his
public outreach in astronomy. Brown University presented him with an Excellence Award for Citizenship as part of the Ladd Observatory Team. And, the NASA Night Sky Network, in conjunction with the International Year of Astronomy 2009 (IYA2009), presented Dave with a Certificate of Appreciation award for his contributions to public awareness of astronomy and space science as President Emeritus of Skyscrapers, Inc., The Amateur Astronomical Society of Rhode Island.

In January 2009, Dave began teaching a weekly astronomy lab as an Adjunct Professor at Bryant University.