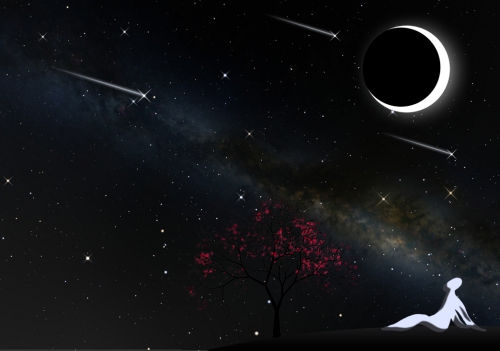 Tonight, Frosty Drew Observatory kicks off its 2019 summer season with the first Summer Stargazing Nights event of the year. These nights bring longer hours of operation, more telescopes, additional astronomers, presentations and additional viewing stations, as well as solar viewing, and those fabulous nights out under the Milky Way. The forecast for tonight is calling for mostly cloudy conditions this afternoon, with skies clearing out this evening. A few lingering clouds will likely remain until around 11:00 pm, after which skies should clear out completely. Being that the 60% waning gibbous Moon does not rise until 1:12 am tomorrow morning, super dark skies are lined up for our astro geekout, with the Milky Way making a brief appearance between 11:30 pm and Moon rise.

We will open the Observatory and Sky Theatre at 6:00 pm this afternoon. In the Observatory courtyard we’ll be observing the solar chromosphere with out hydrogen alpha telescope, if clouds are not too heavy. Once the Sun sets, we will switch over to the night sky, with views of binary stars. Once darkness sets in we will direct our telescopes towards nebulae, star clusters, galaxies, and all the amazing celestial objects visible on dark nights. Jupiter will rise at 9:26 pm and become visible to the big telescope between 10:30 and 11:00 pm, sporting all four Galilean Moons and the Great Red Spot. In the Sky Theatre we will show our regular feature of celestial objects previously photographed at Frosty Drew Observatory. We plan to pack up at 11:30 pm, unless the astronomers decide to stay later. Check in on our Twitter (@FrostyDrewOBSY) or the bottom right column of our website for updates and a “Closing up” post when we decide to pack up.

Overall, tonight has some excellent prospects: no Moon, Jupiter and the Milky Way rising, and the potential to observe some galaxies. There is a threat of clouds, primarily in the evening hours, with variability in how heavy cloud cover will be during the clearing periods, which could work out nicely for us, since variable forecasts usually favor us. If you’re in the general RI / CT area, it is certainly a night to visit. Outside of that area it could be a bit risky, Jupiter and Milky Way rise times place both objects at the end of our session, and views of Jupiter will be vulnerable to atmospheric dispersion (blurry views), due to low altitude viewing, but tonight has probably the best forecast we have seen since the end of winter. If you have a free night, give it a shot! 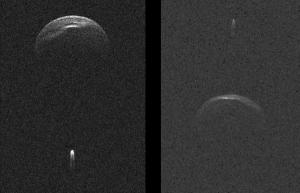 Tomorrow night, Saturday, May 25, 2019 at 7:05 pm ET, a rather large asteroid (1999 KW4) with a moon, will pass by Earth at a distance of 0.0346 AU (astronomical units, 1 AU is the distance of the Earth from the Sun), or 3,216,271 miles. That’s about 13 times the distance of the Moon from Earth. This is a completely safe distance, so no doomsday scenario (sorry doomsayers, not this time), though the object will be visible to Earth-bound observers in a mid-large sized backyard telescope. The asteroid is about 0.82 miles in diameter and has a smaller asteroid that orbits it. The smaller asteroid is 0.28 miles in diameter, and orbits the larger KW4 every 16 hours. KW4 has quite an elliptical orbit around the Sun, with an aphelion (furthest distance from the Sun) at 1.084 AU, which is just slightly beyond Earth’s orbit. Every 189 days, KW4 will complete one full orbit around the Sun, and as it happens, will place KW4 at quite a close approach to Earth tomorrow, which marks this pass as the largest asteroid to pass this close to Earth for the next 8 years. Catching a view of the asteroid in the Northern Hemisphere will be a bit difficult as it will pass through the constellation Puppis during its closest approach, which visibly places the asteroid about 13° above our southern horizon, and in daylight. Though a view is still possible, but on the next night, May 26, 2019, when the asteroid enters the constellation Hydra and will be accessible around 9:00 pm. Even better will be May 27, 2019 as it will be in the constellation Sextans, and at nearly 30° above the SW horizon at 9:00 pm ET. Here is a finder chart for the night of May 27, 2019. If you happen to catch a photo of the asteroid, post it on our Facebook and we’ll share it on our time line. 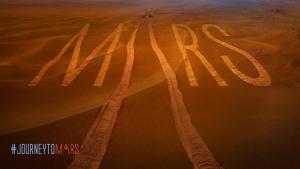 Summer 2020 will see the launch of the next generation rover destined for Mars, NASA’s Mars 2020. Launching as early as July 2020, the rover will arrive at Mars in February 2021. The scientific goals of the Mars 2020 mission are largely based on life on Mars, answering questions about past habitability as well as searching for remnants of past microbial life. Additionally, Mars 2020 will address many of the challenges facing human missions to Mars, making an active effort to begin preparing for the eventual crew supported mission to Mars in the 2030’s. One such challenge is to produce oxygen from the Martian atmosphere, a test that Mars 2020 will perform. Martian climate, weather, geology, and resources; from the perspective of crew supported missions; are all on Mars 2020’s science todo list. Though not a crew supporting mission, Mars 2020, like InSight, will carry one or more dime-sized chips with the names of anybody who is interested in sending their name to Mars, stenciled onto the chips. The names will be written in a font-size that is about 75 nanometers (a strand of your hair is about 90,000 nanometers in diameter). Sign up to have your name sent to Mars, then Catch up on all the amazing things that Mars 2020 has in store for us.

Have a Happy Memorial Day weekend from all the astro geeks at Frosty Drew Observatory!