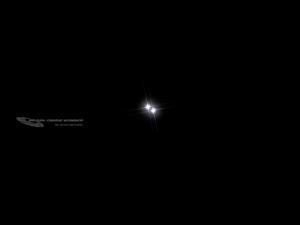 I'm a double star aficionado; my sky gazing motto is “double stars are twice the fun!” Unlike the “faint fuzzies” most backyard astronomers prefer, double stars aren't hidden by light pollution or bright moonlight. They aren't the exclusive property of big-scope owners. In fact, many showpiece doubles are within reach of small-aperture instruments. The common 60mm refractor with its crisp stellar images delivers exquisite views of double stars - especially twin systems.

Case in point – gamma () Arietis, properly known as Mesartim. It’s comprised of two stars, magnitudes 4.5 and 4.6, separated by 7.5 seconds of arc. Their spectral types – F9 and A1 - are also nearly identical. What you see when you gaze into the eyepiece are two gleaming pure-white specks, eerily evocative of the eyes of some cosmic creature gazing back. The sight is mesmerizing!

Double stars are at their visual best when viewed with a magnifying power sufficient enough to allow for a comfortable split. Too little magnification, and the pair is unresolved; too much and the visual appeal is lost. In the case of gamma Arietis, you’ll want to try 50-75X.