Fly Me to The Moon 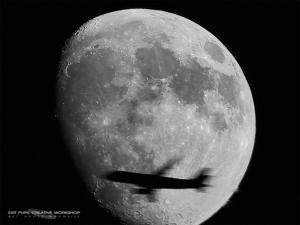 On July 20, 1969, Neil Armstrong (1930-2012) and Edwin “Buzz” Aldrin (1930- ) became the first men to land on the Moon. Earth’s multitudes sighed a collective sigh of relief when the scratchy transmission, “Houston, Tranquility Base here. The Eagle has landed,” echoed around the globe. A jubilant world came together as one, for those precious, glorious moments.

Below is the congratulatory telephone call, delivered the next morning, by then President Richard Nixon to our brave astronauts on behalf of a grateful nation and an admiring world:

“Fate has ordained that the men who went to the Moon to explore in peace will stay on the Moon to rest in peace. These brave men, Neil Armstrong and Edwin Aldrin, know that there is no hope for their recovery. But they also know that there is hope for mankind in their sacrifice. These two men are laying down their lives in mankind’s most noble goal: the search for truth and understanding. They will be mourned by their families and friends; they will be mourned by their nation; they will be mourned by the people of the world; they will be mourned by a Mother Earth that dared send two of her sons into the unknown. In their exploration, they stirred the people of the world to feel as one; in their sacrifice, they bind more tightly the brotherhood of man. In ancient days, men looked at stars and saw their heroes in the constellations. In modern times, we do much the same, but our heroes are epic men of flesh and blood. Others will follow, and surely find their way home. Man’s search will not be denied. But these men were the first, and they will remain the foremost in our hearts. For every human being who looks up at the Moon in the nights to come will know that there is some corner of another world that is forever mankind.”

History was on our side that night, thankfully. Tragically, I almost missed it all.

With family gathered around the living room television that July evening, I watched with anticipation and hope as the LEM prepared to undock from the command module and start its descent to the lunar surface. My adolescent imagination, fueled and soaring ever higher with each successive Mercury, Gemini, and Apollo mission, was uncontainable that night. Mankind was preparing to realize its nature; the need to explore, go further, to gain the next hill. I was taking it all in.

And, that’s when the family dog heard HIS call of nature.

Abhorred, and with a lump of distress in my chest, I dutifully rose to walk my best friend; no one else was going to, and it was my responsibility to boot. As my unhurried, unfazed buddy rustled in the leaves, I looked toward the Moon, mindful of the momentous drama unfurling 240,000 miles away, anxious that I was missing it. Rocky was good to me, however. He uncharacteristically dispatched with his business promptly, and I gleefully made a beeline back to the television, and a front row seat to history. Ah, but for fortune.

This October 12th marks the “International Observe the Moon Night”, an annual event dedicated to encourage people to ‘look up’ and appreciate our nearest neighbor. Around the world, people will be looking at the Moon, using naked eyes or using the most sensitive telescope, and everything in between. It is a wonderful time to visit your local observatory and ponder the Moon, the Universe, and mankind’s place in it. It is a wonderful time to honor those brave astronauts who paved the way for today’s space exploration, and the myriad people from all walks of life that ordained this be done.

I will be remembering a man landing a spacecraft, with less computer power than a smart phone, on the lunar surface all those years ago.

I will remember, as well, a family dog named Rocky, a dear fur friend who smiled on me the night of July 20, 1969!