A Constellation I Have Learned 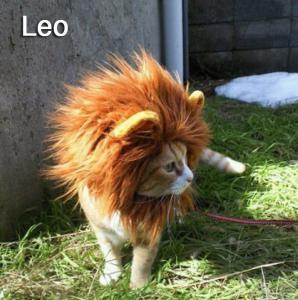 Modern astronomers recognize 88 constellations, covering the entire sky, in both northern and southern hemispheres. Some constellations have their beginnings in relatively recent times, such as the southern hemisphere's Telescopium, named in 1751, depicting a telescope. Others have origins that have been lost in the mist of time. One of the earliest recognized constellations on record, Leo, depicting a lion, was first described by the ancient Mesopotamians, who observed a similar stellar pattern as early as 4000 BCE. But, back to Leo in a minute.

Many of us know that constellations are totally imaginary constructs that people have envisioned over the past 6,000 years. Simply put, they are bandings of stars that seem to outline the shape of something, originally with mythological significance to ancient peoples.

In today's day and age, far removed from the myth and superstition of our forebears, the real significance of recognizing constellations is to help in identifying individual stars, nothing more. On a really dark night, far from sources of polluting light, one can see upwards of 1500 stars. Trying to tell one star from the other is hard. By separating the sky into manageable bits of varying shaped patterns, constellations help us distinguish individual stars. They are used today simply as memory aids, or visual mnemonics.

Leo, the lion, is one of only several constellations that really do appear like its namesake. He consists of two distinct and separate patterns of stars that are visualized by our brain as one, and which lumps them together to form a lion. Towards the right of the field of vision, a backward question mark signifies the head and mane, while a triangle of stars to the lower left carves out the lion's hindquarters and tail. Leo is a springtime constellation in the northern hemisphere, high in the south in April and May.

Leo has been noticed, as we’ve seen, for over 6,000 years. Perhaps the ancients were immortalizing their newly domesticated cats they revered. For, it was about this time that wild cats learned that, just by living with humans, they would have easy pickings of rodents attracted to the grain stores springing up around new agriculturally-based settlements of people. Our ancestors may have simply tolerated or even encouraged the wild cats to take up residence nearby, in an effort to reduce the rodent population. In either case, the association worked, and has ever since, on different levels. Just ask any cat lover.

My own little cat, Zack, got very sick this past spring. His time is now up, as is the time of the constellation Leo, who has left the sky for the winter. Zack has had his turn on the great mandala, as it moved through his brief moment of time.

Now, as fall transitions into winter, I feel a special bond with pet owners who have experienced a loss of their special charge. For, perhaps as John Grogan, bestselling author of Marley and Me (2005), a book about his family dog, best put it “Animal lovers are a special breed of humans, generous of spirit, full of empathy, perhaps a little prone to sentimentality, and with hearts as big as a cloudless sky."

Canis Major, the great dog, is a constellation of the winter. He protects his friend, Orion, the hunter. Pet owners, who have lost their pups, may recognize their furry friends in Canis Major this winter, if they try.

The constellation Leo, the lion, is a constellation of the spring. He’s gone now. He’ll be back when the wildflowers bloom and the birds sing.

This winter, I’ll look up, through the cloudless skies, into the void. Come April, I’ll look into the night and let the night embrace me

I’ll look for Zack, my little lion, then, amidst the stars.

I’ll look for a constellation I have learned.