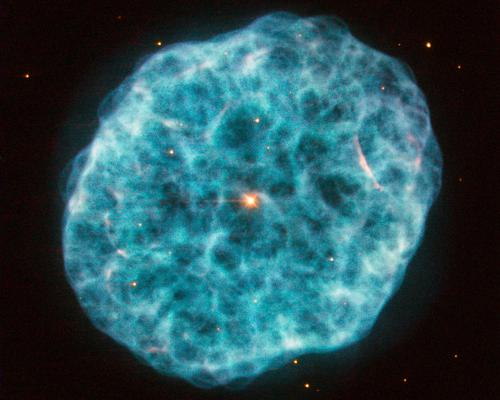 While Go-to technology has gained popularity with backyard astronomers who like to key their telescopes on a sky object with the push of a button, I prefer the no-frills star-hop mode of cosmic travel. Star-hopping lets me see enjoy celestial scenery I’d miss by traveling Go-to. I’ll demonstrate my point with a star-hop to the planetary nebula NGC 1501 in Camelopardalis.

Camelopardalis isn’t very kind to star-hoppers. This sprawling north circumpolar constellation contains just four stars brighter than 5th magnitude. A star-hop to any sky destination in Camelopardalis usually begins with a bright star in an adjacent constellation. To find NGC 1501, we begin at gamma (γ) Persei and trace a 12° path between a pair of 4th magnitude stars to Kemble’s Cascade (refer to the finder charts below).

Kemble’s Cascade is a stunning 2½° chain comprised of some 20 magnitude 7 to 9 stars. At its southwest end is the pretty open cluster NGC 1502, punctuated at the center with the eye-pleasing 7th magnitude twins that make up the double star Struve 485. A 1½° push south of NGC 1502 brings us to NGC 1501. Think of it – if we’d traveled to NGC 1501 via Go-to technology, we’d have missed three delightful celestial showpieces! 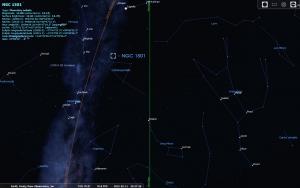 NGC 1501 is a magnitude 11.5 planetary nebula located about 5000 light-years away. Its slightly oval disk, just under an arc-minute across, can be glimpsed (barely) in a 3-inch scope, but twice that aperture will be needed for a definite sighting. With a 12-inch scope and dark-sky conditions, you should be able to make out the nebula’s bluish hue and magnitude 14.5 central star.