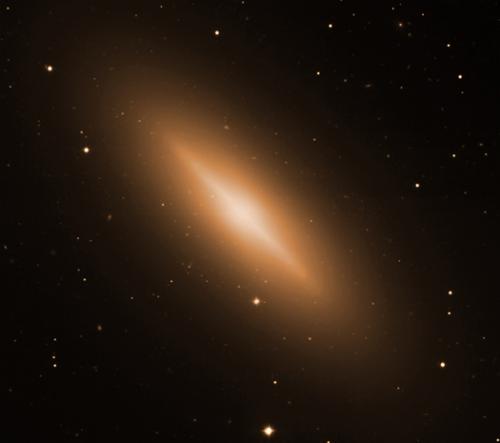 Some of the finest deep-sky objects are bypassed because they lie in star-poor regions of the sky. Such was the case with our February “Sky Object of the Month,” the planetary nebula NGC 1501 in Camelopardalis. It’s also the situation with NGC 3115 – a bright “shoulda-been-found-by-Messier” object in that eluded the French comet hunter’s eye and, therefore, his catalog. It was eventually discovered by William Herschel while surveying the obscure constellation Sextans in 1787.

At 9th magnitude, NGC 3115 is the brightest example of an S0 galaxy, one that bridges the galactic gap between ellipticals and spirals. Its 8’ by 3’ dimensions (about half that, visually) have earned it the nickname “Spindle Galaxy” (a monicker it shares with the galaxy NGC 5866). It’s also entry number 53 in the late Sir Patrick Moore’s Caldwell Catalog. 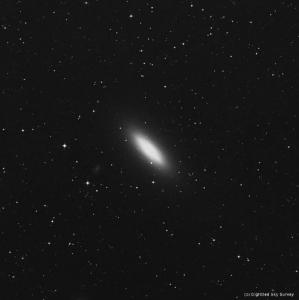 NGC 3115 is found at coordinates 15h 06.5m (R.A.) and +55o 45.8’ Decl.). Star-hoppers need to begin outside Sextans with Alphard (alpha Hydrae). A line traced from this 2nd magnitude star through 5th magnitude gamma Sextantis and extended about 20 percent (3 degrees) further will bring you to the general vicinity of NGC 3115. A low power search should sweep it up.

From dark-sky sites, NGC 3115 can be glimpsed with binoculars. I had no trouble picking it up in a 3-inch reflector at 30X, noting that it appeared “as a very oval, compact nebulosity surrounded by fainter nebulosity.” Except for sharply pointed ends and a stellar nucleus, NGC 3115 remains relatively featureless when viewed with medium to large-aperture scopes.

A fuzzy, elongated blob isn’t exactly something you’d want to show visitors at a public star party. Don’t let this nondescript appearance fool you. In 1992, astronomers discovered a beast lurking at the core of NGC 3115 - a monstrous black hole with the mass of 2 billion suns! 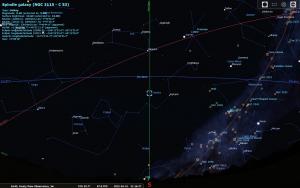