Quasars: The Limits of the Universe 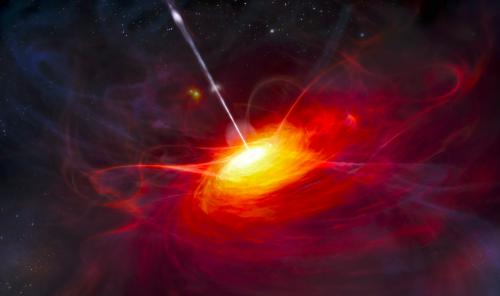 Known now for only a little more than half a century, these mysterious objects have captivated and driven astronomers to explore further from Earth than ever before. Quasars are thought to be the violent centers of the earliest galaxies. Our own Milky Way Galaxy, to which we belong, probably began as one of these objects, swirling and twirling away billions of years ago.

The first quasar was discovered by Allan Sandage in 1963. Fully known as quasi-stellar radio sources, quasars are very bright when looked at using radio telescopes. These specialized telescopes look only at light which is transmitted as radio waves, similar to the radio waves which transmit our favorite tunes to and from work every day. But until Sandage's discovery, no quasar was seen in the visible light, which is the light which we humans can see with our eyes (if we could see radio waves, we would hardly be able to see anything!). When Sandage confirmed that one of his quasars found with a radio telescope had a visual counterpart, the reality of these objects was proven. 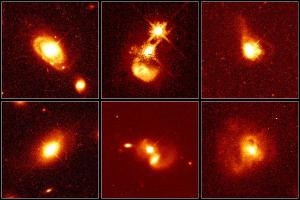 Most quasars are thought to be no larger than our own solar system, which is minuscule compared to our galaxy as well as others. The light from these objects is thought to be generated by superheated material which is falling into a black hole, as well as potential beams of energy which can be emitted by the black hole itself. For such a small object, the energy produced is fantastically enormous. More than 200,000 of these quasars have been found so far.

Quasars shed light on the early universe, and are one of the best ways that astronomers can measure the effects of a much younger universe which exhibits different features than it does today. They are still poorly understood, but astronomers are working hard to reveal their secrets!