What Are Black Holes? 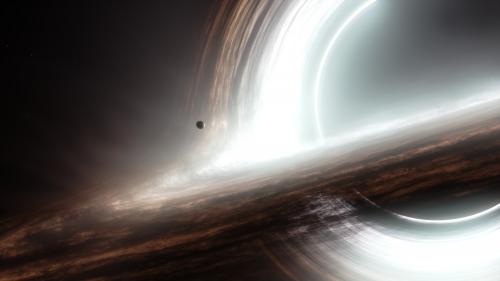 We've all heard about black holes. From science fiction to bizarre news stories and beyond, myths and misconceptions have circulated popular culture since their discovery. But what are they?

Before we can answer that question, we need to understand a little about gravity. Now I don't mean the blockbuster featuring a lone Sandra Bullock facing the end result of the Kessler Syndrome, but rather the force that holds us all together. Although Isaac Newton has been credited with so-called 'discovering' gravity, he understood it quite poorly. In fact, we have struggled to understand gravity for centuries. Now that's not to say we haven't tried. Oh how we've tried. But gravity is very, very strange indeed. The laws of physics state that left alone, two objects isolated from everything and anything will be attracted to one another. And that's weird! How is it that even two atoms know to fall towards one another? Enter Einstein.

Einstein was a curious man. Among his famous contributions to science are the two great theories of relativity. One describes how things behave at very high speeds, approaching that of the speed information and basically all energy in the universe – a cosmic speed limit we know as the speed of light. The other describes the behaviour of the very big, workable on the scales of solar systems and the universe. We will need both to understand black holes – but not to worry, there's no math involved here! Just good science.

The fastest speed anything can go is the speed of light. And, as it turns out, gravity doesn't care whether you are a baseball or a beam of light. Einstein was verified in this prediction by Sir Arthur Eddington during a full solar eclipse. Eddington noted that stars which should have been behind the sun appeared to be beside the sun. This very slight change is due to the immense gravity of the sun bending the light from that distant star such that we could see it, even when we shouldn't. This is formally known as gravitational lensing, and is a tell-tale sign of a black hole if you were ever to approach one.

Let's talk about that. Imagine you found yourself near a black hole. As you fall towards it, you pick up speed. Eventually, the black hole will be pulling your feet so much more than your head that you will be stretched out in a very noticeable way. If you are looking outward, you will see the entire universe play out. Wait, what? This might make more sense by considering another point of view. A passing astronaut watches as you fall towards the black hole, but because the light illuminating your body is being pulled on by the gravity of the black hole, you will appear to slow down and eventually stop at the event horizon. But from your point of view you will have passed through the event horizon, which is defined as the point inside which not even light can escape. This is why black holes are thought of as black! Once you're inside, you can affect nothing beyond the event horizon. You are stuck. You are also, probably, stretched out to a chain of atoms in a process scientifically referred to as 'spaghettification'. Weird, right?

Not quite yet. Because not even information can pass back through an event horizon, we on Earth, as outside observers, can never know what lies inside. Leading theories, although impossible to prove, suggest that fallen material may be spewed back into the universe, or another universe altogether. But no evidence for such objects have ever been found. A cosmic black-hole explorer would, in all likely cases, never be able to tell of their miraculous journey.