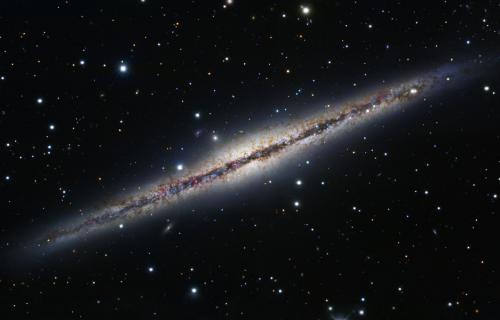 Last month, we turned our attention to the spiral galaxy NGC 7331 to get an idea what the Andromeda Galaxy (which is similar in size and structure) might look like were it 20 times more distant. From its new location, this naked eye object would now be a 9th magnitude "faint fuzzy," visible only with the aid of telescope or large binocular.

How might our Milky Way Galaxy appear to eyes gazing our way from an extragalactic perspective? From a distance of 30 million light years and angled edge-on to the observer’s line of sight, it would appear very much like NGC 891 in Andromeda. Discovered by William Herschel’s sister Caroline in 1784 and located 3.5 degrees east of the colorful double star Almach (gamma [γ] Andromedae), NGC 891 is essentially a twin to the Milky Way. 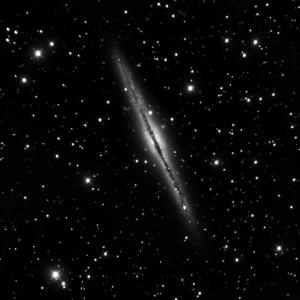 A 10th magnitude sliver 13 arcminutes long and 3 arc-minutes wide, NGC 891 is an elusive target. A dark dust lane that runs its length greatly diminishes its overall brightness. Just to glimpse NGC 891 with small aperture telescope is a challenging task. The dust lane doesn't really come into view until an 8 to 10 inch scope is used. The real grandeur of NGC 891 begins to unfold under the scrutiny of large Dobsonian-mounted reflectors. Whatever telescope you use, your quest for NGC 891 should be made from a dark-sky location with a magnification in excess of 100X. Its dim appearance is a sobering reminder that our mighty Milky Way isn't so mighty in the cosmic scheme of things. 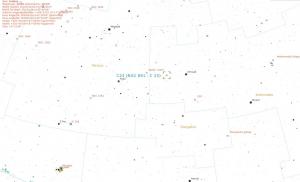