The Oceans of Enceladus - Life in our own solar system? 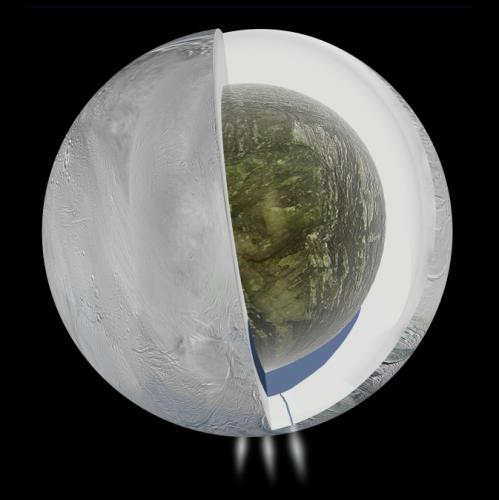 Earlier this year I wrote an article describing Saturn’s icy moon Enceladus. Recent findings from the Cassini probe, a car-sized spacecraft orbiting the ringed-planet Saturn, have indicated the possibility of an ocean beneath the ice-crusted surface. Could life exist on Enceladus?

In short, we don’t know. But that doesn’t mean that we can’t ask “what if?”

The ocean system of Enceladus is about 6 miles deep, twice as deep as our own on Earth. It is in contact with a rocky sea floor, a critical factor in determining the possibility to life. Without it, the chemical reactions necessary for life are not likely to occur. Like the theories about the origins of life on Earth, Enceladus requires a “primeval soup” of sorts for the organic molecules to form, the first step towards complex life.

Scientists have been led to consider the possibility of an ocean beneath Enceladus because of gravity. Or rather, how gravity should behave. If Enceladus was a normal moon, a uniform collection of just rock, then a probe such as Cassini should measure a uniform gravitational field. Instead, it has found that the gravity is weaker in certain regions, such as the southern hemisphere, which indicates the possibility of a substance less dense than rock, i.e. water. 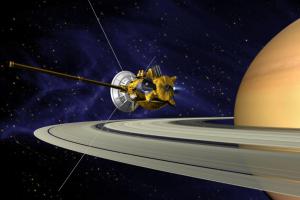 It is this same region which is marked with the characteristic “tiger stripes”, mentioned in my earlier article. The stripes are massive fissures, out of which stream violent jets of ice. The source, of course, must be the ocean of liquid water. This region is thought to be as large, if not larger, than our own Lake Superior. However, until more precise measurements are taken, we will be unsure if this ocean is confined to just the southern hemisphere, and not a global ocean.

All of this points to one fact. If the chemistry is there, could we discover primitive aquatic lifeforms on another planet…in our own solar system? If so, what strange forms of life could there be? There are still places in our own oceans still undiscovered and species yet to be found. There exist on Earth extremophiles, microbes which not only exist but thrive in environments of darkness, burning heat, and freezing cold. Is this the kind of life to be expected on Enceladus? Your guess is as good as ours.

Further studies have been underway probing the surfaces of Enceladus’ sister moons Ganymede and Europa, which have revealed the possibility of subsurface liquid oceans as well. For Ganymede, it seems that most bets are off. Unlike the rocky bottom on Enceladus, the subsurface ocean on Ganymede is layered between two sheets of ice, where life is very unlikely to form. But for Europa, which has been found to have similar fissures and vapour jets, the hunt is on. Recent data from Cassini have indicated not only a subsurface ocean on Europa, but that it is most certainly salty. Yet another connection to the story of our own planet - which for the first time may not be alone in harbouring the beauty of life.