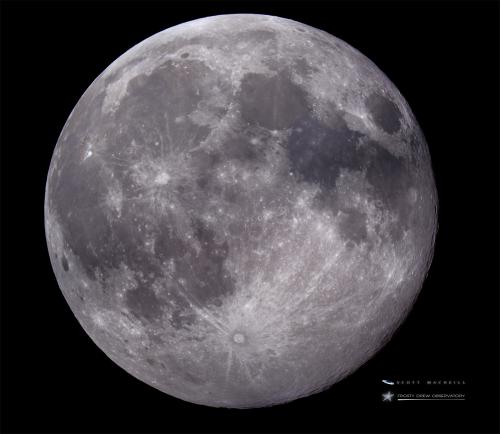 Today, June 5, 2020 at 3:13 pm ET the full lunar phase occurs. The June Moon is called the Strawberry Moon due to the strawberry harvest that starts in the month of June. Additionally, a penumbral lunar eclipse will occur during this full lunar phase, though sadly, not for North America. A penumbral lunar eclipse occurs when the Moon, in its orbit, passes through Earth’s secondary shadow called the Penumbra. In this region of the Sun’s shadow, only part of the Sun is visible to the Moon, resulting in the Moon only receiving partial illumination from the Sun. From Earth, you will see a slight dimming on one side of the Moon. How dramatic that dimming is depends on how far into the Penumbra the Moon orbits. Since we won’t see it happen over New England or the US, you can watch it live online, compliments of the Virtual Telescope project starting at 3:00 pm ET. 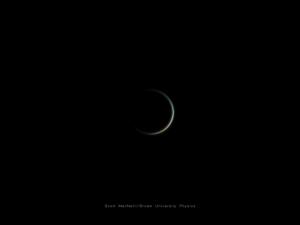 This past Wednesday, June 3, 2020, Venus reached the point in its orbit where it passed in between Earth and the Sun. This is called Inferior Conjunction and marks Venus’ new phase, as well as the switch from Venus from the evening sky to the morning sky. During the days surrounding inferior conjunction Venus will receive direct sunlight on the opposite side that we see, which allows for Venus’ intense atmosphere to glow around the planet. I captured an image of Venus on June 1, 2020 which shows the atmospheric ring beginning to become visible. Check out the photo. Also, I have been cataloging Venus’ progress toward inferior conjunction over the past two months, since Venus was at third quarter phase. Each image I captured (every clear day) was captured with the same equipment in the same configuration to allow for an accurate capture of Venus’ angular size changes. What this means is that Venus is orbiting around the Sun, eventually arriving in between Earth and the Sun. During this time, Venus is orbiting significantly closer to Earth. Over the period of capture, Venus had orbited from 56,703,091 miles distant to 26,864,252 miles distant. This decrease in distance causes our view of Venus to become significantly larger in the sky as the sunlit area on Venus continues to wane. I was able to successfully capture that slow increase in angular size. Check out the sequence image of the project at: https://frostydrew.org/media_galleries.dc/photo/gallery-1026/p-1866/image-2020-Venus.eastern.elongation.progress_1591379540.jpg. 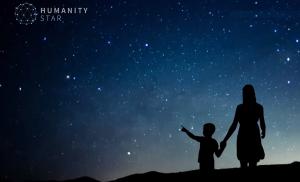 Though the Full Moon occurs tonight, the clouds will clear out tomorrow night (June 6, 2020) and will open up the sky. Take a moment to step outside tomorrow night and gaze at the Moon. To the naked eye the near full Moon is quite a sight with numerous features visible to the unaided eye including the bunny in the Moon. With restrictions easing nationwide, be sure to enjoy our last stretch of spring as we make the final plunge towards the Summer Solstice, which will occur on June 20, 2020 (a lot of 20s in that date!). Remember, that there are numerous things about homo sapiens that are terrible and virus like, but there is also so much beauty in humanity. The fact that we fall in love with each other, and listen to the music that other humans make, and immerse ourselves in the stories that other humans write about the experiences of other humans, and desire interaction with other humans. This is the only place in the entire Universe that we know of, where this is happening. With everything that is taking place in the world between the COVID-19 pandemic and the civil unrest of systemic racial abuses, now is the most important time to remember this important fact. If we remove the humanity from being human, what are we left with?