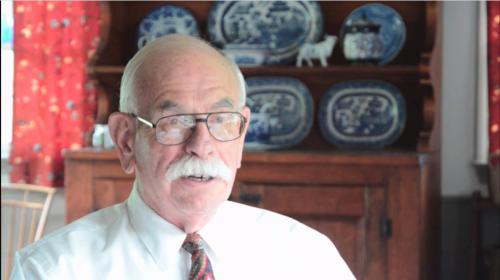 On Wednesday, January 15, 2020, Rhode Island lost one of its bright stars when Professor Emeritus William Penhallow returned to the Earth. Prof. Penhallow was a graduate of Brown University who became the professor of physics and astronomy at the University of Rhode Island (URI) for 35 years. Additionally, Prof. Penhallow was the first Observatory Director at Frosty Drew Observatory and was responsible for the installation of the observatory dome, and the first telescope, a 7” Astrophysics StarFire 178 refractor (https://frostydrew.org/papers.dc/papers/paper-starfire/). During his 86 years Prof Penhallow conducted research at Brown University, Wesleyan University, and Indiana University; he served as term president of the Skyscrapers Inc. Astronomical Society (http://www.theskyscrapers.org/), was a long time member of AAS (American Astronomical Society), and AAVSO (American Association of Variable Star Observers). In his later years, Prof Penhallow devoted a substantial amount of time to researching the Newport Tower in Tower Park, Newport, RI, making discoveries concerning the astronomical alignment of the mysterious structure (https://vimeo.com/61308695). In the Frosty Drew archives we have several photos and documents detailing the construction of the observatory. Using these materials we are developing a piece for our website that will go into detail about the project that resulted in our fabulous observatory facility. Prof. Penhallow will certainly be a large part of that piece. 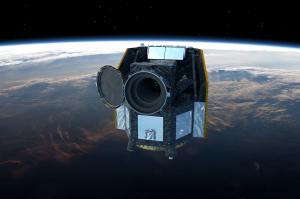 On December 18, 2019, the European Space Agency (ESA) launched the CHaracterizing ExOPlanets Satellite (CHEOPS). Shortly after, the satellite was put into a polar orbit around Earth. CHEOPS’ job is not to find new exoplanets (planets that are outside of the Solar System and orbit another star), but to study, in much higher detail, the exoplanets we have already discovered. To do this, CHEOPS will orbit Earth in a polar fashion and will always stay along the terminator. This means that the satellite will orbit from the North Pole to the South Pole and back, while staying over the sunset line on Earth. By doing this, the satellite will always be pointing away from the Sun and will not have to deal with light interfering from the Sun or reflecting off of Earth. Over the next two months CHEOPS will undergo calibration operations using stars with known exoplanets and stars without. Once primary mission operations commence, CHEOPS will spend 3.5 years observing the brightest nearby stars known to have exoplanets. Its observations will help us determine the size, mass, and density of known exoplanets. These results will make for an impressive list of targets for follow-up observation with the James Webb Space Telescope (JWST), whenever that gets into space. Read up on the ESA CHEOPS mission at https://cheops.unibe.ch/, and gear up for a slew of fabulous exoplanet data this spring.

Fabulous passes of the International Space Station (ISS) over the US continue this weekend and coming week. Here are notable passes of the ISS for the next several days:

These times are applicable to Southern New England, and generally acceptable for the entire Northeast. Catching sight of the ISS is a cakewalk. Step outside at the times listed above and within a minute you will notice a star-like object, that does not flash, moving over the direction listed. As the object rises it will get significantly brighter. Using binoculars to view the better passes will give you a partial view of the solar panels, with a telescopic offering up views of the solar panels and station labs. Regardless of how you view it, it will certainly be a memorable moment. So put these times on your calendar or alarm and sneak a peek at humanities only continuously inhabited space-based residence.