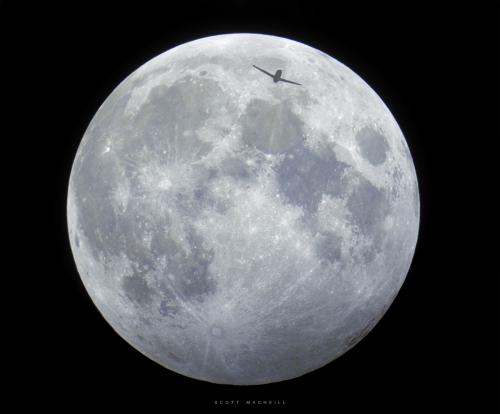 At 2:23 pm EST today, January 10, 2020, the Full Wolf Moon will occur. This is the first Full Moon of the 2020’s, and like last year it will bring with it a lunar eclipse. Last year we experienced a fabulous total lunar eclipse that was visible over the US. This year, a penumbral lunar eclipse will occur, though it will not be visible over the US. A penumbral eclipse happens when the Moon passes into Earth’s secondary shadow, called the Penumbra. In this region, the Moon will be in partial view of the Sun, resulting in only a slight dimming of one side of the Moon. Though an awesome event, a penumbral lunar eclipse is not as dramatic or stunning as a total lunar eclipse. Today’s eclipse will start at 12:07 pm EST and last until 4:12 pm EST. Greatest eclipse will occur at 2:09 pm EST. The greatest eclipse period will be broadcast live online, compliments of Slooh, starting at 2:30 pm EST (which is a little late, so periodically check earlier). Check out the live broadcast, and celebrate the first Full Moon of the new decade. 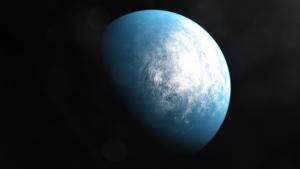 This past week the NASA Transiting Exoplanet Survey Satellite (TESS) announced that it had discovered its first Earth-sized planet that orbits its parent star in the habitable zone. Considering this is exactly what TESS was designed to do, this is a notable discovery for the exoplanet hunting satellite. The exoplanet, TOI 700 d, is actually about 20% larger than Earth. It is the most distant planet in its system, with two known planets orbiting closer to the parent star. TOI 700 d has an orbital period of 37 days, is tidally locked (one side of the planet always faces the star, while the other side is in perpetual darkness), and receives about 86% of the energy from its parent star that Earth gets from the Sun. The parent star, TOI 700, is found in the constellation Dorado, and resides at around 101 light years distant from Earth. The star is a cool red dwarf star (M dwarf), that’s about 40% the mass of the Sun. M dwarf stars are somewhat problematic for supporting habitable exoplanets, largely due to their likelihood of producing intense solar flares. If this happens, the star is known as a “flare star”. In the case of TOI 700, 11 months of observations showed no flare activity, which certainly increases the habitability possibility of 700 d. Further observations are needed to confirm if the TOI 700 d is a rocky world, and future space missions, like the James Webb Space Telescope (JWST) will potentially confirm the presence of an atmosphere and its composition. This is an excellent discovery because it confirms that TESS is capable of identifying the type of exoplanets that it is designed to discover. Take a moment to read up on the TESS mission, and gear up for many more exoplanet discoveries from the new exoplanet hunter in the game! 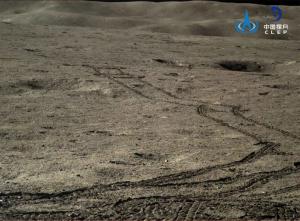 On January 3, 2020, the China National Space Agency (CNSA) celebrated the anniversary of the Chang’e-4 lunar landing on the far side of the Moon, the first to do so. Additionally, the Yutu-2 rover celebrated the completion of its 13th lunar day of science operations, surviving each 14 Earth-day period of lunar night. Being the only rover to travel the far side of the Moon, Yutu-2 holds the current distance record at 1,173 feet traveled. Keep an eye out for CNSA’s upcoming missions to the Moon, including the Chang’e-5 mission, which will land on the Moon before the end of 2020, collect a 4.4 lbs lunar sample, and return that sample to Earth. Check out these pics of the Yutu-2 rover’s tracks on the lunar surface. Way to go China!