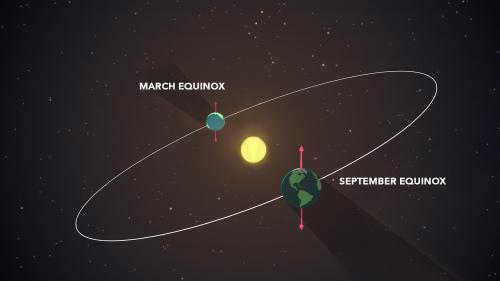 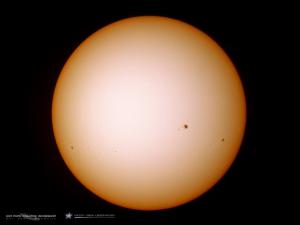 This past Tuesday, September 15, 2020 The Solar Cycle 25 Prediction Panel announced that the new solar sunspot cycle, Cycle 25, has officially begun, and that Cycle 24’s Solar Minimum occurred in December 2019. This means that solar minimum is coming to an end and increases in solar sunspot activity are starting to happen.

The solar sunspot cycle takes, on average, 11 years to complete. During that time, sunspot activity will progress from minimum to maximum and back to minimum. During solar minimum, the Sun is very quiet with little-to-no sunspot activity. This will result in minimal flaring activity as well as geomagnetic storm activity. As a result, Earth’s magnetic field shrinks, which exposes the upper atmosphere to more of the solar wind. Additionally, during solar minimum, the solar wind is very calm and deflects less cosmic rays and gamma radiation that enters the Solar System from the galaxy. During solar maximum, the sun is very active, showing several sunspots at any given time. These sunspots are originators of solar flares and Coronal Mass Ejections (CMEs), which blast intense levels of plasma into the solar wind. These events cause Earth’s magnetic field to bulge outward. Additionally, the Current Sheet, which is a small amount of amperage that is found inside the solar wind, will begin to fluctuate, and will deflect a higher level of cosmic rays and gamma radiation from entering the Solar System (Heliosphere). But what all this means for the everyday spacer is the return of the Aurora Borealis (Northern Lights). 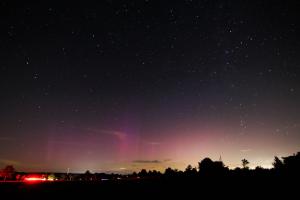 The Aurora Borealis is a product of increased solar activity. During Solar Maximum, the Sun frequently experiences intense M-class and X-class flaring. If any of these flares resulting CME are directed towards Earth, plasma will peel back Earth’s magnetic field, and follow the North and South polar magnetic field lines down into the ionosphere, where it encounters nitrogen and oxygen atoms. These charged particles will ionize nitrogen and oxygen, which will result in the release of a photon (particle of light). That photon will emit a different color depending on the ion, which gives us the Northern Lights.

Regardless, awesome views of the Solar Photosphere and Chromosphere are on the rise, with a peak period (solar maximum) predicted in 2025. Maximum comes on much faster than minimum, and we often observe the Sun at Frosty Drew Observatory in either White Light (photosphere) or Hydrogen Alpha (chromosphere). So gear up for several years of awesome solar viewing, and if seeing the Northern Lights are on your bucket list, then you might just check off that item in the next couple of years. Welcome Cycle 25!