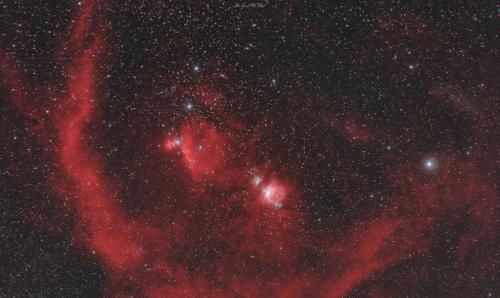 Now that the Moon is waning well into the early morning sky and quickly approaching the new phase on January 13, 2021, super dark sky conditions are returning to our region. Especially over more of the rural areas that are less affected by light pollution. The winter sky brings with it several fantastic celestial objects that are only visible on the darkest nights, and the next couple of weeks will bring numerous opportunities to step out and try to catch a view.

Probably the most notable object of the wintertime sky is the stunning Orion Nebula. Found in the heart of the constellation Orion, this vast star forming nebula is one of two naked eye visible star forming nebulae in the Northern Hemisphere. This nebula, at first glance, looks like a plain old star. Visible as the middle star in Orion’s sword. But a closer look with the unaided eye will reveal a bit of blurriness and a rather odd shape. Using binoculars will reveal the stunning envelope of the nebula’s outer edges and dark wisps. A telescopic view will reveal numerous stars that have formed inside the nebula, alongside beautiful blue wisps and dark nebulae. When observing, remind yourself that this nebula resides at 1,400 light years distant, and spans 25 light years in diameter! 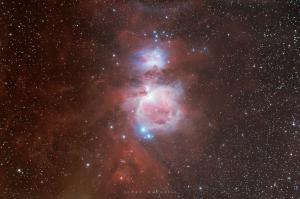 Another fantastic wintertime object is found in the center of the constellation Cancer, and is commonly referred to as the Beehive Cluster. In reality, this is an open star cluster comprised of very young stars that all formed from the same molecular cloud. To the naked eye, it will look like a rather large blob of blur or maybe a small cloud. Binoculars will reveal dozens of stars all tightly bound together. A telescope will begin to reveal stunning colors among the stars. This object was commonly referred to as the weather beacon, with a bit of lore that states if the beacon is visible, tomorrow will be a beautiful day. Maybe? The Beehive Cluster resides at 2,300 light years distant and spans 25 light years in diameter. 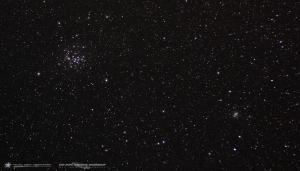 While gazing among the wintertime sky, take a quick stop over to the constellation Canis Major for a look at the super bright star Sirius. It’s not easily missed, as it appears like a bright bluish beacon in the SE → SW sky. This star is quite notable for several reasons. Sirius is the brightest star in Earth’s nighttime sky, outshining all other stars. Residing at a mere 8.5 light years distant, Sirius is VERY close to us, number 7 on the list of the nearest stars to the Solar System. But Sirius has an interesting story. It is a binary star, meaning that more than one star makes up its system. Though Sirius’ companion star (Sirius B) has died, leaving behind a remnant of its once bright self, called a white dwarf star. This makes Sirius B the closest white dwarf to the Solar System. Now Sirius B is not visible to the unaided eye as it is buried in the brightness of Sirius A (what we see in the sky). But a powerful backyard telescope, and some fancy optical trickery, can get you a view of Sirius B, commonly called “The Pup” because Sirius is the dog star. 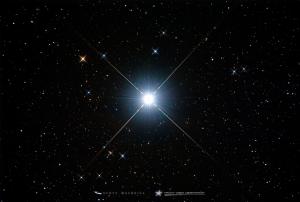 The last object we will list here is the lesser known constellation Coma Berenices (Berenices Hair). This constellation is usually associated with the springtime because it passes over our zenith during that season in the evening, though it does become quite visible during the wintertime, just a little later in the night. Coma Berenices is found in between the end of the Big Dipper’s handle (the star Alkaid), and the tail star of the constellation Leo (Denebola). It is quite dim and will appear like a large, dim cluster of stars. This constellation is in the direction of the center of the Virgo Galactic SuperCluster, a massive collection of galaxies that the Milky Way is part of. Though none of the galaxies found in Coma Berenices are naked eye visible, a dark location and a set of binoculars will start to show several stars that are actually distant galaxies. A telescope will show a star-field littered with galaxies.

There are so many amazing sights in the wintertime sky, way too many to list here. Some of which you will easily notice with the unaided eye. Take a moment over the next week or two to step outside and celebrate these fabulous views, and see if you can spot the objects listed above. While you are laying out under the stars, scan around the sky and see what else you can spot. Then remind yourself that we are so small that even from the Moon you cannot tell that humans are present on Earth. Then revel in the knowledge that the Universe is just as much in us as we are in it, and this is the only place we know of where the Universe can talk to itself about itself, fall in love with itself, and celebrate the endless beauty found in itself. Something that makes me feel big.