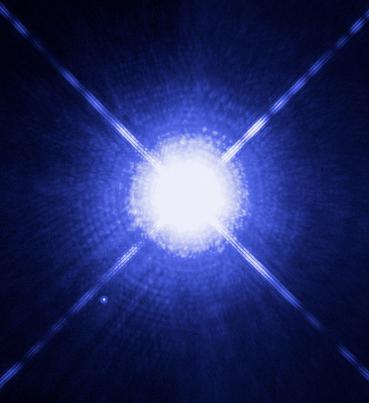 Sirius A and Sirius B compliments of the Hubble Space Telescope. Credit: NASA, ESA, H. Bond (STScI), and M. Barstow (University of Leicester)

Last week, the International Space Station (ISS) commenced evening passes over the United States, specifically New England. Each night we have been subject to spectacular views of the ISS passing over. Well amazing evening passes continue this weekend and the following week, continuing until February 9th. Here are several notable passes of the ISS over the next several nights:

Note that these passes are specific for Southern New England, and generally acceptable for the entire Northeast. To get pass times on a daily basis, visit the Frosty Drew Satellite Prediction Utility. For pass times specific to your location, visit NASAs Spot the Station.

Have you noticed that super bright star these winter nights that is rather low in the SE → SW sky depending on when you observe? That is the star Sirius, and it is the brightest star in Earth’s nighttime sky. Sirius, found in the constellation Canis Major, is not only the brightest star in the night sky, but also one of the closest. Residing at 8.5 light years distant, Sirius is the seventh closest of the Solar System’s neighbor star systems. There are a lot of things we can say about Sirius, but today, we are going to focus on a much smaller star that resides in the same system, the companion star of Sirius – Sirius B. 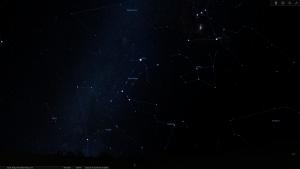 Being that the Sirius system is a binary star system, it is comprised of two stars: Sirius A and Sirius B. Both stars formed from the same molecular cloud (star forming nebula), and have spent their lives together in a stable orbit around a common center-point of gravity that they share, called a barycenter. Sadly, Sirius B had died over 100 million years ago. What remains is a stellar remnant, the core of the once bright blue star, now a white dwarf star. Considering that the Sirius system is only 8.5 light years distant, Sirius B is the closest white dwarf to the Solar System. It is also quite a massive white dwarf star, with more mass than the Sun, packed into an area the size of Earth. Unlike the current state of the Sun, Sirius B is primarily comprised of carbon and oxygen, and is no longer undergoing fusion. The heat of the star is a product of its past active state, as well as its gravity and mass. Though over millions of years, Sirius B will continue to cool. When you think about all this, the elephant in the room is “can I see Sirius B?”

Sirius B has quite an elliptical orbit around Sirius A, taking about 50 years to complete one full orbit. This elliptical orbit comes very close to Sirius A during perigee (8.1 AU) and quite distant during apogee (31.3 AU). Note that 1 AU (astronomical unit) is the distance from the Earth to the Sun. In the years around perigee it is quite difficult to see Sirius B, as it is embedded in the extreme light envelope of Sirius A. Though apogee is a different story, with Sirius B becoming easier to observe. Note that it is easier, but not easy! Sirius B will be at apogee in the year 2023, which places the white dwarf, currently, in an excellent orbital location for viewing. Regardless, it still takes a rather powerful telescope and some fancy optical trickery to get the lil star to make an appearance.

At Frosty Drew Observatory we have a special eyepiece that one of our staff astronomers, Ernie Evans, made specifically for observing Sirius B. We have had dozens of sightings of the white dwarf in the primary 16” telescope at Frosty Drew Observatory, even with visitors that have never observed through a telescope before. The only remaining requirement for observing Sirius B is good atmospheric stability, called “seeing”. Since Sirius is commonly known as the Dog Star (Canis Major is one of Orion’s hunting dogs), Sirius B is often referred to as The Pup. It is on our list at Frosty Drew Observatory to observe The Pup over the next several weeks, as long as we can get good enough seeing conditions. So make plans to stop in and see, very likely, the only white dwarf you will ever see with your own eyes.