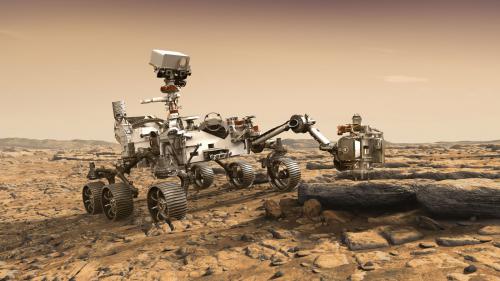 The Mars Perseverance Rover which arrives at Mars on February 18, 2021.

Over the past few weeks, the International Space Station (ISS) has been putting on quite a show for US sky watchers, with beautiful evening passes that are easy to see and family friendly time wise. Though all good things come to an end, and the amazing evening passes we have been rocking, will end this coming week. Even though the current cycle of evening passes is ending, we still have a few passes happening this weekend, and evening passes will start up again this spring. Here are a few notable passes for this weekend and early next week:

These times are applicable for Southern New England, and generally acceptable for the entire Northeast. For daily pass times, check the Frosty Drew Observatory Satellite Prediction Utility every day. For pass times applicable to your location visit NASAs Spot the Station. Now set your alarm and mark your calendar to catch the last of fabulous evening ISS passes for the winter season. 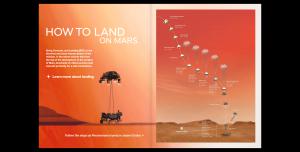 In less than two weeks time, the next generation Mars Rover will arrive at the red planet, kicking off a whole new cycle of amazing Mars exploration. The rover is the Mars Perseverance Rover, which said its farewell to Earth on July 30, 2020, when it began its solitary journey to Mars. Skip ahead six months and the lil rover has quite a nice view of Mars. The mission is expected to arrive at Mars on Thursday, February 18, 2021, touching down at Jezero Crater, Mars. In a similar fashion to the MSL Curiosity Rover, Perseverance will experience a seven minute long landing procedure that involved atmospheric entry and drag, deployment of a parachute, heat shield separation, deployment of a powered lander craft, sky crane deployment of Perseverance to the surface, then departure of the powered landing craft. When Curiosity underwent this procedure, it was commonly referred to as the “Seven Minutes of Hell” because of the high potential for so many things to go wrong. It will be equally nerve racking on the 18th! But once the rover has landed, so many amazing things will start happening. Like a possible first ever recording of what it sounds like on Mars. Over the next several weeks, we will write about this mission with links to resources, imagery, and hopefully audio. For now, let’s project our best hopes for the little chic as it makes its final approach to the red planet and partakes in the most dramatic and risky moment of its existence! For now catch up on some of the amazing things that Perseverance has in store for us. 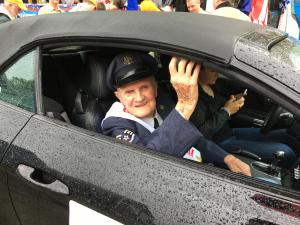 This past Sunday, January 31, 2021, Frosty Drew Observatory and Science Center lost one of our brightest stars when Jim O’Brien passed away. Jim has served on the Frosty Drew Board of Directors since the 1990’s, taking on the duties of Board President early in his tenure, followed by Board Treasurer. Jim was a huge advocate for Charlestown, RI, and the Frosty Drew organization. Until his passing, he regularly attended meetings of the Board of Directors. Every meeting he would show up with a contagious smile, and peaceful demeanor, which always made the room a happy place. In the 90’s Jim had volunteered to assist in developing Ninigret Park, which was the retired Navy Auxiliary Landing Field. Jim worked on removing the foundation for the old airplane hanger doors, as well as building the Kids Place playground, and putting in the soccer fields. All of which are in the park today. During the 1950’s, Jim served in the Korean War with a rank of Staff Sergeant, and was chosen as the Grand Marshall of the Charlestown, RI Memorial Day Parade in 2018. For those who have visited Frosty Drew Observatory and Science Center or the old Frosty Drew Nature Center, you may have noticed the tree that is in between the Sky Theatre and Park Lane. That is Jim O’Brien’s tree. We will certainly miss Jim’s wonderful smile, super positive attitude, and quirky sense of humor at Frosty Drew. I will surely miss his regular late morning phone calls to talk about seeing Frosty Drew Observatory in the news or just to talk about what was in the mail that morning. Jim was a great friend, an inspired leader, and a source of happiness that continues for so many today. So take a stroll by Frosty Drew one day and stop by Jim’s tree to say thanks for being such an awesome person.