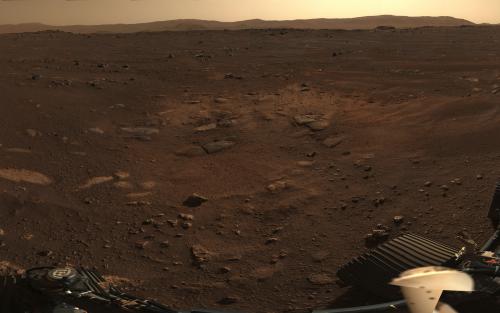 After the successful landing of the NASA Perseverance Rover on Mars, all of us back here on Earth have been gifted with a constant stream of amazing photos, videos, and audio of the red planet. Initial reports and testing are showing that the rover is functioning as expected. Earlier this week the rotorcraft attached to Perseverance phoned home to report that it is functional. Check out the following media links for an end-of-the-week mind rocking:

A high resolution video of Mars Perseverance landing on Mars. The video utilizes cameras attached to Perseverance, and the landing crane.

A high resolution photo of Perseverances landing site site in Jezero Crater on Mars. Take some time to go full screen and pan around this image. Fascinating!

A panoramic of Jezero Crater rim. Think – I’m in a crater!

The first ever audio of Mars, captured by Perseverance Rover’s microphone. The audio track has been edited to remove sounds from the rover’s mechanical components, with the original audio track containing rover noise available as well. The pulses you are hearing are wind gusts striking the microphone. Listen to Mars!

These links are a small preview of what the Perseverance Rover is capable of, and a taste of the amazing things to come. We will continue to post updates on the Mars Perseverance mission over the coming weeks. 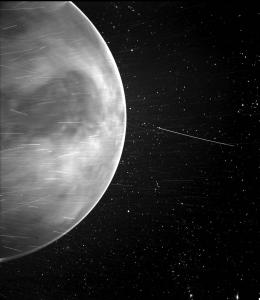 Over the past couple of years, the NASA Parker Solar Probe has been studying the Sun from an extremely close vantage point, sometimes passing into the solar corona, the top-most atmosphere of the Sun. Studying the Sun from such a close distance puts the probe into danger of being captured by the intense gravity of the Sun and plummeting into the solar chromosphere and photosphere. Additionally, the Parker Probe cannot stay inside the corona (you know, 2,500ºF is a bit balmy), which rules out the possibility of establishing a stable orbit so close to the corona. To accomplish the mission goals of flying into the solar corona, the orbit of the probe is very elliptical, and utilizes Venus’ gravity to alter its orbit and achieve the speed required to dive through the corona. This is called gravity assist, and will occur seven times during the Parker Probe mission. During each gravity assist, Parker will pass quite close to Venus, sometimes as close as the distance that satellites orbit Earth. The most recent Venus gravity assist occurred on July 11, 2020, at a distance of 7,693 miles above Venus intense cloud tops. During the gravity assist, one of the camera’s onboard Parker captured an amazing photo of Venus’ night time side. In the photo Venus’ atmosphere is quite visible around the edges of the planet, and appears to be experiencing air glow, which happens in Earth’s atmosphere due to the excitation of oxygen atoms resulting from solar radiation, which will recombine and glow when passing into night. The streaks visible across the image are likely from cosmic rays striking the camera sensor, and sunlight reflecting off dust in the solar wind. Check out the stunning image here: https://go.nasa.gov/3bFeu3f, then head over to the NASAs Parker Solar Probe mission page to catch up on this rather intense mission of firsts.