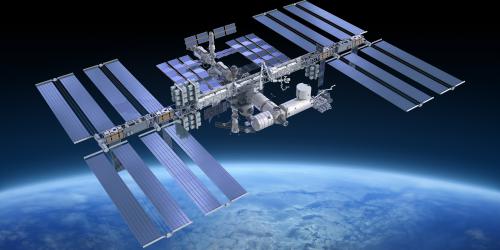 For those that sleep at night, this coming Sunday morning, March 14, 2021 at 2:00 a.m. you will be robbed of one hour of sleep, as we advance our clocks from Eastern Standard Time (EST) to Eastern Daylight Time (EDT). Though controversial, moving to EDT is a solid reminder that the winter is quickly waning with springtime pounding on our doors. There have been discussions for many years in New England about permanently shifting to EDT, which would actually move us to Atlantic Standard Time (AST). Regardless, remember to shift your clocks ahead one hour come Sunday morning. If you find yourself unsure what direction to shift your clocks, here is a quick mnemonic to help you remember: “In the Autumn, fall back one hour. In the spring, spring ahead one hour.” Get out and enjoy those brighter evenings. 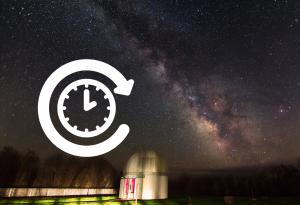 This coming Tuesday, March 16, 2021, the International Space Station (ISS) will return to the evening sky over the US, specifically the Northeast. This will allow for easily visible evening passes of the ISS over our region. For those that are commuting in the pre-dawn hours of morning, you have been seeing the ISS daily for the past couple of weeks. Due to the ISS orbiting Earth inclined 51º to Earth’s equator, we see the ISS at different times of the day over different regions of the sky. To observe the ISS, the observer needs to be at a location where sunset has already happened, and where the ISS is passing over while the station is still in sunlight. Light emitted by the station itself is not visible to Earth-bound observers, what you are seeing is sunlight reflecting off the station. It is common while observing an ISS pass event to have the ISS quickly fade out and vanish from view. This happens because the station has orbited into Earth’s shadow, and out of sunlight. We call this orbital sunset. All of this aside, most have already seen the ISS passing over, but likely thought it was just an airplane. Here are a few opportunities this coming week to get out there and spot the station: 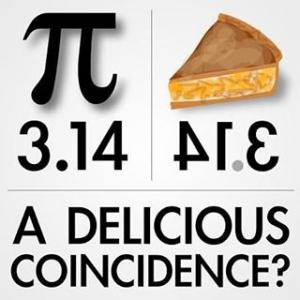 Put these times on your calendar and set your alarm. Evening passes of the station will continue through the first week of April, giving you several opportunities to get your geek on. Note that the times listed above are applicable to Southern New England, and are generally acceptable for the entire Northeast. For daily pass times for the greater New England area, visit our satellite prediction utility. For pass times specific to your location, visit NASAs Spot the Station.

This coming Sunday, March 14, 2021 is Pi Day, you know 3.14 – March 14.. Pi is the ratio of a circle’s circumference to its diameter, and is equal to 3.14159265358979 and so on. Even though the day itself has no scientific significance, it’s a great opportunity to become engaged with the number, what it is used for, and some fun games and memes that involve Pi. Check out NASAs Cosmic Piece of Pie, and perhaps enjoy a slice of pie to celebrate the day. 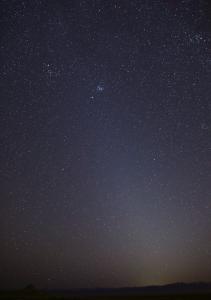 This past week a team of scientists from the NASA Juno mission have potentially discovered an alternative source of the interplanetary dust that causes the zodiacal light. Zodiacal light is only visible from the darkest locations, either just after twilight in the evening, or just before pre-dawn in the morning, and will appear as a dim light cone rising from the horizon that is centered and orientated on the equator. Sunlight will dimly illuminate this finely scattered dust, which we can see from the night side of Earth. To date, it’s been generally accepted that the source of this dust are asteroids and comets, especially comets, that out-gas as they approach the Sun, leaving behind a very fine debris field of ice and rock. New findings by the team were from the Juno spacecraft, which is now in orbit around Jupiter. When Juno was en route to Jupiter, it had encountered a significant amount of dust centered on the orbit of Mars. Using data collected by Juno regarding density and location of the dust, a model was created to predict the reflection of light by the dust. When adding in the orbital elements of Mars, the model predicted this dust as the source of the zodiacal light. If so, this could confirm that zodiacal light is not so much a product of comets and asteroids, but is instead from the intense dust storms on Mars. How the dust is actually getting into space is another mystery, but is likely connected to Mars’ defunct magnetic field, which is why Mars is losing its atmosphere. Check out this quick video on the discovery and what it could mean. There was a time that the zodiacal light could be seen at Frosty Drew Observatory, though localized light pollution has out shined our view of the fabled light.