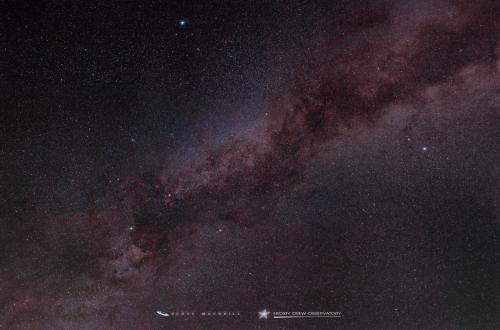 This coming Sunday, July 4, 2021, Mercury will achieve Maximum Western Elongation, which is when Mercury arrives at the point in its orbit where it is at tangent for Earth-bound observers. What this means in basic terms is that Mercury will be at its highest point over the eastern horizon in the morning sky before sunrise. With Mercury making one full orbit around the Sun every 88 days we view 8 maximum elongations from Earth, four in the morning and four in the evening. If you are up before sunrise this coming week, look to the ENE horizon after 4:00 am. The bright star-like object you see is Mercury. On Thursday morning, the super thin 3% waning crescent Moon will be just to the left of Mercury, forming a beautiful conjunction.

Starting tonight and continuing for the next 14 nights the Chinese Space Station (Tianhe-1) will present fantastic evening passes over our region. Tianhe-1 is China’s new space station, which is the first of three modules to be put together in orbit. Tianhe-1 currently has three residents on board. Seeing the station pass is easy, all you need is clear sky conditions and to be outside at the following times this week:

With so many amazing passes scheduled for this week, there is no excuse to miss out on a view. That is if clouds permit us to have nice things. Put these times on your calendar and set your alarm. Anybody in the Northeast can use these times to catch a view. For daily pass times of Tianhe-1 visit the Frosty Drew Satellite Pass Prediction utility.

Now that summer is well underway in the Northern Hemisphere, many of the summertime constellations are out, including a very popular asterism which has become prominently visible in the night sky – the Summer Triangle. An asterism is not the same thing as a constellation. By definition an asterism is a familiar shape in the sky that is not one of the official 88 constellations. Examples of commonly known asterisms are the Big Dipper and Little Dipper, which are part of the constellations Ursa Major and Ursa Minor. 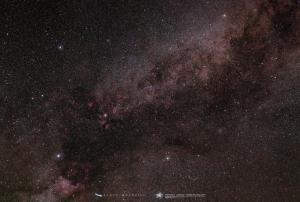 The Summer Triangle is also the location of several fantastic deep sky objects and binary stars. The Ring Nebula (M57), and the Dumbbell Nebula (M27), are transitioning into white dwarfs and are visible as a nebula around the core of the dead star. Both are found in the triangle. The stunningly colorful and bright binary star Albireo as well as the famous Double Double (epsilon Lyra) reside in the triangle, alongside Messier 56 and Messier 71 – two view-worthy globular star clusters.

As for star lore, the Summer Triangle has many stories. In the US we generally refer to Greek star lore, which is where the constellation names come from. For the best Summer Triangle star lore you have to head east to Asia. Japanese and Chinese star lore tells a similar story of a goddess, represented by Vega, and a mortal, represented by Altair, having fallen for each other, but are separated for whatever reasons. In the Summer Triangle Vega and Altair are separated by the Milky Way, which passes through the Summer Triangle. In lore the Milky Way is referred to as the Celestial River. On the seventh night of the seventh moon each year, a bridge of magpies will form over the Celestial River allowing for the couple to come together for that night. The legend states that if it rains on that night, Altair did not make the crossing and the rain drops are Vega’s tears. 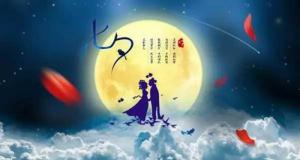 At Frosty Drew Observatory, the Summer Triangle will be a popular target of observation as we move through the summer and autumn seasons. The best nights to see the triangle are on the darkest nights, but Vega, Altair, and Deneb are bright enough to be seen any summer / autumn night, even under light polluted urban settings. The seventh moon starts on July 10, 2021, so gear up for the couple’s Celestial River crossing with a night out under the stars.

Have a great Fourth of July weekend from the astro geeks at Frosty Drew Observatory and Science Center!