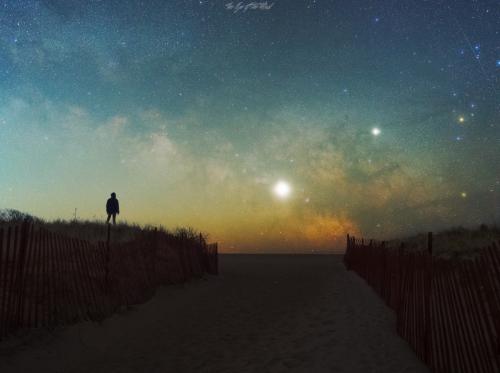 This past Monday, July 5, 2021 Earth reached the point in our orbit where we were at our furthest from the Sun for the year. This is called Aphelion and places Earth at 94,510,886 miles distant from the Sun. We often hear about aphelion and perihelion in reference to the Moon (micromoon and supermoon), but like all objects that orbit other objects, there are no perfect circles. That deviation from a perfect circle is called eccentricity, and Earth eccentricity may be quite small, it is still there. For comparison, Earth reached perihelion on January 2nd in 2021 at a distance of 91,402,640 miles from the Sun. Notice the dates of perihelion and aphelion, they don’t seem to make a lot of sense in regards to seasonal timing. That is unless you reside in the Southern Hemisphere. That distance difference of 3,108,246 miles is not what brings the winter or sears the summer. Earth’s 23.4° tilt on its axis is what gives us our seasons. So enjoy the hot days of summer while Earth is at its furthest from the Sun.

At 9:18 pm ET tonight, July 9, 2021, the July New Moon will occur, making tonight the best night to see the Milky Way at Frosty Drew this month (err clouds…) We often hear about the Full Moon, name it, celebrate it, even anecdotally attribute crazy human behavior to it. But what about the New Moon? Scientifically a Full Moon and a New Moon have very similar effects on Earth. 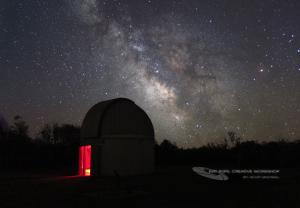 The New Moon occurs when the Moon orbits in between Earth and the Sun, called Conjunction. When this happens the side of the Moon that is in direct sunlight is the opposite side of the Moon than what we see. So the other side of the Moon, the side we never see, is in full sunlight. Most of the time, we cannot see a New Moon because it’s out all day rising and setting with the Sun, and you have to look towards the Sun to see it. The only exception to this is during a solar eclipse, when the New Moon actually blocks our view of the Sun. But what about behavior?

During the New Moon we have the spring tide, which also happens during the Full Moon. Because the Moon, Earth, and the Sun are all aligned during these two principle phases, the alignment exaggerates the gravitation tug that the Moon and Sun have on Earth. Resulting in a more dramatic high and low tide. If either of these phases accompany a storm along the coast, the resulting tide is called a storm tide. As for crazy behavior, humans love to blame everything else except themselves for their crazy behavior, though statistically the Moon deserves no blame. 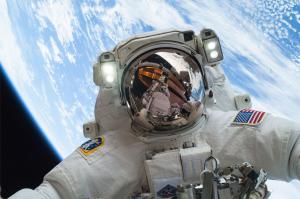 This past week’s weather gave us little opportunity in Southern New England to observe the fantastic passes that the Chinese Space Station (Tianhe) has been putting on for us. But a few were visible and spectacular. This coming week is not looking much better as the weather bomb of summer 2021 continues. Regardless, Tianhe will continue with its show, and the International Space Station (ISS) will join in starting tomorrow, July 10th, with evening passes happening every night. Here are a few notable passes of the stations this week:

This will be the last week to catch a view of Tianhe for the current viewing cycle, but the ISS will fill the gap with visible evening passes until August 6, 2021. Tianhe will return to the evening sky on August 23, 2021. Note that these pass times are applicable to Southern New England and are acceptable for the Northeast. For daily pass times of both stations and other bright satellites, visit the Frosty Drew Daily Satellite Pass Prediction utility. Now put these on your calendar and set your alarm because just maybe the clouds will cut us a break.