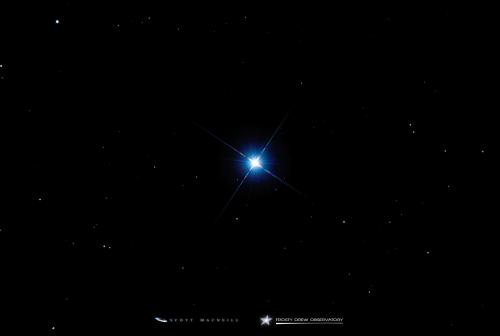 On Sunday, September 5, 2021, Venus and the bright blue star Spica, which is the brightest star in the constellation Virgo, will put on a fantastic conjunction, which has been building up over the past few nights. Spica, also known as Alpha Virgo is the 15th brightest star in Earth’s night sky, and resides at around 250 light years distant. During the evening hours of September 5, step outside just before 8:00 pm and look low to the SSW. Venus will be that super bright star-like object you see. Look about 1.25° below Venus and you will see another star sitting there, that’s Spica. As it gets darker, the contrast between the colors of Venus and Spica may become quite visible, giving Spica a beautiful blue hue. Over the following nights, the two objects will still appear quite close to each other, but will progressively move apart with each passing day. Let us know if you see the conjunction as well as the colors.

Now that the summer season is departing and all things autumn are starting to spring into mind, one object that may be on your mind is the fantastic Andromeda Galaxy. The largest galaxy in the Local Group of galaxies, which the Milky Way is part of, Andromeda is best viewed during the autumn in the Northern Hemisphere. Now, Andromeda is naked eye visible from super dark locations, like Frosty Drew, but it will appear like a dim puff of cloud in the sky. In reality the diameter of Andromeda in the night sky spans the width of six full Moons. The galaxy resides at a distance of 2.5 million light years distant, making it the furthest object we can see with the naked eye at Frosty Drew. A look at Andromeda in the telescope will reveal the bright galactic nucleus, and the dim dust lanes of the spiral arms, which are comprised of cold hydrogen gas, bright star forming nebulae, and young star clusters. In the telescope you will also notice two smaller satellite galaxies around Andromeda, called Messier 32 and Messier 110. If you haven’t seen Andromeda in a telescope, but have binoculars, then you are set up already for a fantastic view. With Andromeda being so big in the sky, large telescopes can only show specific regions of the galaxy. To get a view of the whole thing, you need a wide field view, like that of binoculars, or low power backyard telescopes. Take a moment and check out this stunning image of the Andromeda Galaxy captured by Frosty Drew Astronomy Intern, Mara DeCesare during summer 2020 for her intern project. Then stop in at Frosty Drew over the next several months on nights with no Moon and check out the Andromeda Galaxy with your own eyes. 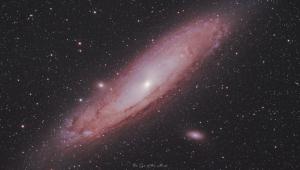 This coming week, Tiangong – China’s new space station will end its current run of evening passes over our region. Bringing to an end a couple of weeks of repeatedly amazing passes! Though fret not, Tiangong will eventually return to the evening sky in mid-October 2021. Here are a few final passes of Tiangong over our region for the holiday weekend:

Put these times on your calendar and set your alarm to add a little bit of Tiangong to your holiday weekend festivities, and woo your guests with your geek cred as you point out China’s new space station passing over. 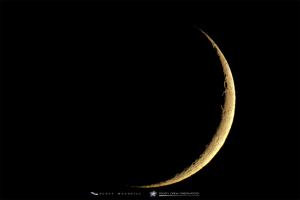 On Monday, September 6, 2021 at 8:52 pm ET, the last new moon of summer 2021 will occur. The New phase of the Moon occurs when the Moon orbits in between Earth and the Sun. During this time all three objects are in alignment, with Earth being on the opposite side of the Moon than the Sun. We call this “conjunction”. During the new moon, the Moon will rise and set with the Sun. The reason we do not see the Moon during the new moon, is because the Moon is above the horizon only during daylight hours, and the side of the Moon that is in direct sunlight is the opposite side of the Moon that we see, placing the side that we see in darkness. Though if you were on the Moon during the new phase, Earth would appear in its full phase, and would significantly illuminate the nighttime lunar landscape, the same way the full moon brightens up Earth’s landscape. The nights around the new moon are the best times to be out under the stars, especially from a dark location free of light pollution, because moonlight is not present and will not brighten up the sky, allowing for thousands of stars to shine brightly.

Have a happy Labor Day weekend from all the astro-geeks at Frosty Drew Observatory and Science Center!