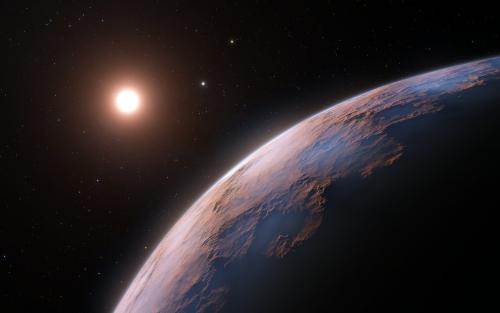 On Wednesday, March 2, 2022 at 12:38 pm, the New Moon will occur. This happens when the Moon orbits in between Earth and the Sun, also known as “conjunction”. During this time the side of the Moon in direct sunlight is the opposite side of the Moon that faces Earth. The side we see will be in shadow. Additionally, since the Moon is in between the Sun and Earth, the Moon will rise and set with the Sun. These are the best times to get out to observe at Frosty Drew because the sky will remain dark all night long. 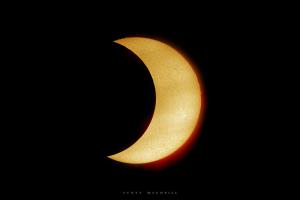 During the New Moon is when all solar eclipses happen, and the question on your mind may be: Why doesn’t a solar eclipse happen with every New Moon? The answer comes down to the orbit of the Moon around Earth. Unlike Jupiter’s Galilean Moons, or Saturn's largest moons, which orbit their parent object’s equator. Earth’s Moon orbits Earth 5.1º inclined to the ecliptic, which is the path the Sun takes across the sky and represents the plane of the Solar System. If the Moon falls within roughly 1º of the ecliptic during the New Moon, a solar eclipse will take place somewhere along the daytime side of Earth. There are other factors that come into this alignment as well, including eccentricity of the Moon’s orbit. Closer to perigee (closest to Earth), the likelihood of a solar eclipse increases, as well as the potential for a total solar eclipse. Alternatively, closer to apogee (furthest from Earth), that measure gets a little slimmer, and total eclipses will not happen, but instead annular eclipses happen. Which is when the Moon doesn’t fully eclipse the Sun, and a ring of Sun is visible around the Moon.

The next solar eclipse visible over our region will occur on October 14, 2023. In Southern New England, it will appear as a partial solar eclipse. Though along the path of totality, only an annular eclipse will occur due to the Moon reaching apogee on October 10, 2023. If you’re looking to catch a stunning view of the dark winter starscape, this coming week is an excellent time to get out to a dark location! 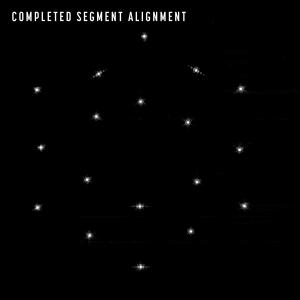 On the James Webb Space Telescope (JWST) front, progress continues to rock socks! We last wrote about the first image captured by the JWST, which showed a single star 18 times, which represented the 18 mirror segments that make up the JWST primary mirror. In that image, all 18 copies of the star in that image were misaligned, as expected. Since then, the JWST team has been busy and have successfully aligned each mirror segment. The updated image shows the same star, but this time all 18 copies of the star are aligned. The team then commenced aligning each mirror segment so that all 18 copies of the star overlap each other at the center of the image. The result is a photo of the star with 18 copies of it stacked on top of each other. Next steps include aligning each mirror segment in a manner where all 18 segments will function as one large mirror, which will produce an image of the star only once, with significantly higher amounts of detail and sharpness. Also note that the JWST is still cooling off and will continue to do so over the next several months. Until the primary mirror reaches the required temperatures, images will be a bit more blurry than they should be. Keep up with the progress of the James Webb Space Telescope. 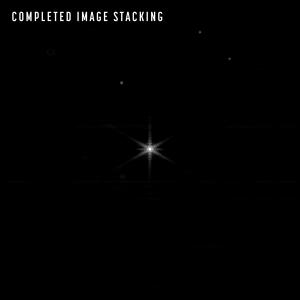 On February 10, 2022, the Institute of Astrophysics and Space Sciences in Portugal announced the discovery of a potential third planet orbiting Proxima Centauri – the nearest star to the Solar System. Designated Proxima d, the planet resides at 2.5 million miles from its parent star, which is about 10 times closer than Mercury is from the Sun. The mass of the planet is about 1/4th the mass of Earth, and the planet completes one full orbit in 5 days. Proxima Centauri is a red dwarf star, which is significantly cooler than a star like the Sun. This will place the habitable zone, where liquid water can exist on a planet’s surface, quite close to the star. Proxima d is located just inside the habitable zone where temperatures on the surface could reach into the 200ºF range. There is still a lot of work in store to further this discovery, including determining if the planet has an atmosphere. As for life, Proxima Centauri is a flare star, which means it regularly emits massive solar flares that bombard any planets that orbit it. Flare stars are difficult to imagine life having a lasting chance. Though a strong enough magnetic field around an orbiting planet may be enough to shield the surface of these flares. In any case, the closest star to the Solar System appears to have quite a complex set of worlds around it, and that is just awesome!