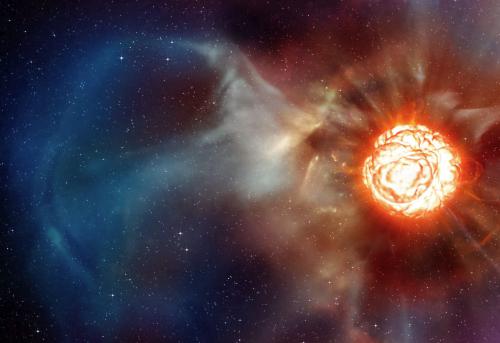 As 2019 came to a close, the news media sensationalized a story about Orion’s bright star Betelgeuse. The headlines were certainly designed to get one’s attention. Betelgeuse was about to go supernova. However, the star’s behavior was really old news that was recently enhanced by new observational data. You see, Betelgeuse is a red super giant star (20 times more massive than our Sun and approximately 1000 times larger) that is indeed nearing the end of its life cycle. And with a star this massive, the result will someday be a supernova event.

Betelgeuse is a known variable star, which pulsates back and forth about one full magnitude (brightness scale) in a 425-day period. What happened more recently is that the star dimmed a little more than usual, by about .2 of a magnitude. An imaging technique using radio waves revealed Betelgeuse appeared to be lopsided, but this discovery turned out to be a huge dust cloud blocking some of the star’s light from reaching us. In fact, Betelgeuse has shed off great shells of its outer surface several times in the past, typical activity for these stars as they “burn” through their supply of nuclear fuel. Speculation arose that Betelgeuse’s grand finale was soon at hand. 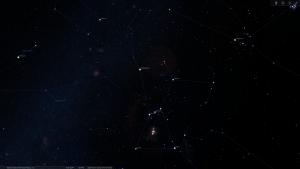 However, every article I read succinctly stated the event could happen soon, or 100,000 years from now. While it is inevitable that Betelgeuse will go supernova in the future, we needn’t worry. Fortunately, at its distance of about 700 light years from the Earth, we will not suffer from any hard radiation effects. The supernova will be at least as bright as a Full Moon and will be visible in broad daylight. About a day before we see the visible light from the supernova event our Earth will be bombarded by a harmless hail of neutrinos and gamma rays. That onslaught will be our advance warning system that Betelgeuse the star has met its demise.

Just as I began to write about Betelgeuse’s potential imminent demise, new data revealed that Betelgeuse began to brighten once again during mid-to-late February (much like it has in the past). Astronomers will certainly keep monitoring Betelgeuse with their instruments in the hope of capturing the death of a star. If it happens within our lifetime, I hope it occurs when the constellation of Orion is above our horizon. The sight will be spectacular.