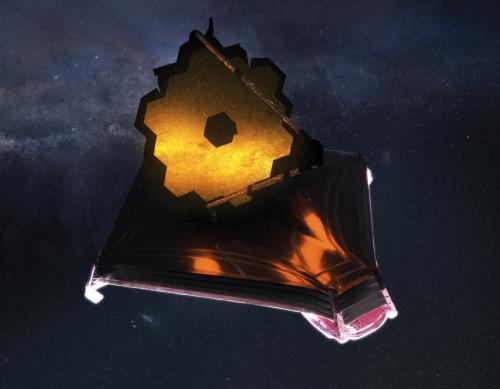 After more than a decade of waiting, the moment has finally arrived. The James Webb Space Telescope (JWST) will release the first collection of science images that it has captured! The big day will be Tuesday, July 12, 2022. Images will be released simultaneously on NASA TV, NASA social media, and on a dedicated web page. The event starts at 9:45 am with opening remarks about the images, with the actual release starting at 10:30 am. The images that will be released are of the following objects: 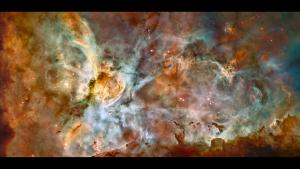 The Carina Nebula (NGC 3372) is a huge stellar nursery visible in the Southern Hemisphere sky. It is a nebula comprised of hydrogen gas, and hundreds of very young stars, some of which have several times the mass of the Sun. The Carina Nebula is one of the largest and brightest nebulae visible in Earth’s night sky, it is found in the constellation Carina, and resides at 7,600 light years distant from the Solar System. Here is Hubble’s view of the Carina Nebula.

WASP-96b is a large gas giant exoplanet that is about 20 times the size of Jupiter, but has the mass of Saturn. It orbits very close to its parent star which makes it quite a hot place. What is so interesting about this exoplanet is that it appears to be totally cloud free, which will allow an excellent spectroscopic view of what is on the exoplanet. Spectroscopy is the process of using a prism or diffraction grating to separate all light in the Visible Spectrum, which will create an image that looks like the colors of the rainbow. This is called a spectra. If the spectra is captured with high resolution, it can be magnified, like a view in a telescope, and the emissions and absorption lines of elements present in the light source will become visible. Recent spectra show the presence of sodium, which is suspected to be quite abundant in hot gas giant exoplanets. But clouds will prevent the detection of this element. What will be released on Tuesday is a spectra of the exoplanet that shows what elements are present on the exoplanet. This is one of the big deals with JWST, the ability to look into the atmospheres of exoplanets. WASP-96b is 1,150 light years distant and is a Southern Hemisphere object that resides in the constellation Phoenix. 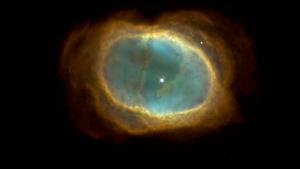 The Southern Ring Nebula (NGC 3132) is a star that is similar to the Sun that has recently died. During this process fusion will completely stop in the core of the star, which allows collapse to take over. Eventually all the electrons in the star become too close for comfort and start to resist each other. This is called Electron Degeneracy Pressure. The electrons will reach a point that they are just too close and will push off really hard, blasting all the atmospheres of the star off of the core. which will expose the dead core of the star to space. The atmospheres of the star will continue to expand outward as a gas cloud. The exposed core is very hot and will emit ultraviolet radiation into the expanding gas cloud which will ionize the oxygen atoms present. The result of this process is that the gas cloud will glow for about 10,000 years. After which the only visible component that remains is the dead core of the star, which is now a White Dwarf. The Southern Ring Nebula is found in the constellation Vela, in the Southern Hemisphere sky, and resides at a distance of 2,000 light years. Here is the Hubble image of the young white dwarf. 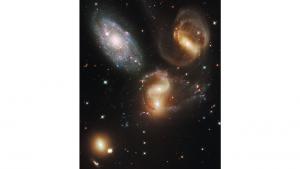 Stephan’s Quintet, the first Northern Hemisphere object in the release, is located in the constellation Pegasus and is a compact galactic group. The view shows five visible galaxies in a very close configuration, though only four of them are part of the group. In the space between the four galaxies, radio emissions were discovered. Though before you get all bothered about aliens, it has been determined that these emissions are an intergalactic shock wave that is created by one of the galaxies starting to merge with the group. Eventually all four galaxies will merge. The rogue galaxy is NGC 7320, which is much closer than that actual group, and resides at around 39 million light years distant. The actual galactic group resides much further at around 290 million light years distant. Here is the Hubble Space Telescope’s view of Stephens Quintet.

The final image to be released represents a topic of much interest – gravitational lensing. This happens when a large, massive object or collection of objects exist along the same line of sight with another object that is much further away. The closer object’s gravity will distort space time so much that it will create a lensing effect which will magnify the object that is more distant. The image to be released is of foreground galaxy clusters that distort and magnify the light from objects that are beyond them.

The release of these first images will mark the official start of the James Webb Space Telescope’s scientific mission operations. After which, new images of the cosmos will become as frequent as they were with the Hubble Space Telescope. The next year of observations has already been planned and teams around the world are getting ready to open the door to the infrared universe. Regardless of what you are doing on Tuesday, load up NASA TV on your workstation and catch the first views of the space based telescope that we have been waiting over a decade for.

Starting tomorrow, Saturday, July 8, 2022, the International Space Station (ISS) will resume evening passes over the United States, though notable passes do not kick in until Tuesday, July 12th. Being that we are still near the Summer Solstice, starting on July 14th, every nighttime pass of the ISS will be visible over our region. This is because the station needs to be in direct sunlight while observers are in darkness. With Earth near max tilt – 23.4° towards the Sun in the Northern Hemisphere, the station will have a portion of each pass in direct sunlight from dusk till dawn. Here are a few notable passes for the coming week:

Note that these pass times are applicable to Southern New England, but are generally acceptable for all Northeast sky watchers. 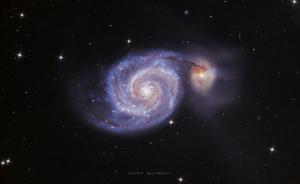 At Frosty Drew Observatory and Science Center, our Astronomy Team has been working on a project to re-image the entire Messier Catalog of deep sky objects. This project has been ongoing and is expected to be completed near the end of 2023. Over the past couple of weeks we have added a new image to our collection: Messier 51 – The Whirlpool Galaxy. The galaxy is located in the constellation Canes Venatici and resides at a distance of 31 million light years. The galaxy is cataloged as an interacting spiral galaxy as it is interacting with the NGC 5195 galaxy. Check out our image of Messier 51.