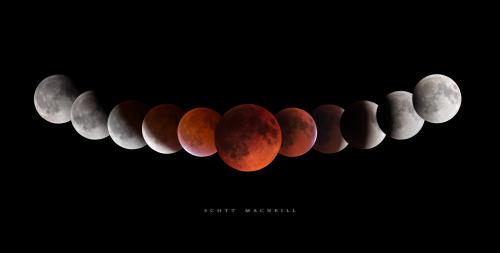 A sequence of the primary stages of the Full Flower Moon Lunar Eclipse of May 2022. Credit: Frosty Drew Astronomy Team member, Scott MacNeill

This past Monday, October 31, 2022, was Halloween, which is a cross quarter day. Cross quarter days are the halfway points between the equinoxes and the solstices, and vice-versa. Other cross quarter days are Groundhog Day in February, May Day in May, and Lammas in August. Now that Halloween has passed, we are closer to the Winter Solstice than we are to the Autumnal Equinox, and the plunge into the Holiday Season has begun. This period will also bring the longest nighttime periods of the year, a stargazers sandbox. So make plans this season to get out and enjoy those early sunsets and revel in the evening starscape.

On Sunday, November 6, 2022 at 2:00 am, Southern New England will move from Eastern Daylight Time (EDT) back to Eastern Standard Time (EST) by rolling our clocks back one hour. Over the decades there has been much debate over this practice, and yet again, the US legislative branch is taking up the issue. A bill has been passed by the US Senate that will keep the US on Daylight Savings Time, effectively moving New England to Atlantic Standard Time (AST). Though the bill has not passed the US House of Representatives, so it is not official law. In any case an extra hour of sleep will be in store for those who sleep at night. Stargazers may get excited, at first, about the prospect of another hour out at night, but EDT and EST are social constructs, not scientific happenings, so the length of night remains the same, regardless of what time we think it may be. Another topic of discussion that frequently comes up is: which way do we adjust our clocks? A good mnemonic to remember is “In the fall, fall back one hour. In the spring, spring ahead one hour.” So update your clocks on Saturday night before going to bed, and enjoy that extra hour! 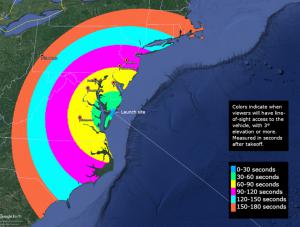 Additionally on Sunday, November 6, 2022 at 5:50 am EST, the ISS Resupply Mission will launch from Wallops Flight Facility in Virginia. This launch will carry operational cargo and supplies to the International Space Station (ISS). Since the launch is happening at 5:50 am the launch vehicle will be visible in direct sunlight, while East Coast observers are still in pre-dawn conditions. This could make the launch vehicle very visible to ground based observers along the coast. In Southern New England, the launch vehicle, which is the Northrop Grumman Antares rocket, will become visible about 2.5 - 3 minutes after the launch occurs. Will we see the launch? That is a good question, and the only way to know for sure is to head out to a location with a good view of the south horizon, and be there before 5:50 am. SpaceX will often launch during sunrise or sunset, which produces fabulous views of their rockets, so the potential for a fantastic display is there. Weather is not looking too promising at this time, but that is still a couple days out, and forecasts change quite frequently here in New England. Let us know if you see the launch.

Tuesday, November 8, 2022 will bring an awesome happening, and it is not the midterm elections. Coincidentally, a total lunar eclipse will be happening that morning with completely no significance to the happenings of the US Government. Though conspiracy speculators may disagree. Considering that this is the last total lunar eclipse for us in the Northeast until 2025, it is advisable to get out and catch a stunning view. 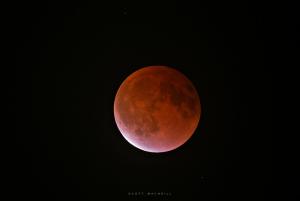 A total lunar eclipse happens when the Moon arrives at the point in its orbit where it is on the opposite side of Earth than the Sun, we call this opposition, but more commonly, it is referred to as the Full Moon. Now the Moon orbits Earth inclined 5.1º to the ecliptic. What that means is that the Moon does not orbit around Earth’s equator, but instead around Earth along the plane of the Solar System. The ecliptic is the path the Sun takes across the sky, and represents the plane of the Solar System. Every 27.3 days, the Moon will complete one full orbit around the Earth, which is called the Sidereal Period. But the phase cycle, which will bring the Moon from the new phase, to the full phase, and back to the new phase, takes 29.5 days. This is called the Synodic Period, which is a bit longer due to Earth orbiting the Sun. Every Sidereal Period, the Moon will cross the ecliptic twice, but about 2-3 times per year this will occur near the time the Moon reaches its full phase. When this happens, the Moon is close enough to the ecliptic to pass into Earth’s shadow. That is what we see during a lunar eclipse. But why does the Moon take on a red color? 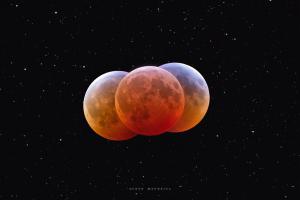 During a total eclipse, which is when the Moon is completely inside Earth’s shadow (umbra), the Moon is out of direct sunlight. But sunlight will refract when it enters Earth’s atmosphere, which redirects sunlight past the Earth, then refract again as it leaves the atmosphere, directing that light towards the Moon. As the light passes through Earth’s atmosphere, the blue light scatters when it encounters air. This is called Rayleigh Scattering, and is why the sky is blue. But other processes happening on Earth like wildfires, volcanic eruptions, and air pollution, will deposit much larger particles into the atmosphere, which will scatter blue and green light, sometimes even red. This is called Mie Scattering. Both of these processes effectively filter out the blue light and some, if not all, of the green light, allowing only the red light from the Sun to reach the Moon. Mie Scattering is very vulnerable to current events, and the color of the Moon can be anything from a ruddy red, to a deep crimson red. Considering that we have had a rather extreme year of wildfires in the US, there is the potential for a very red Moon on the 8th. 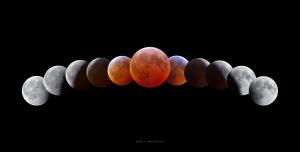 The eclipse will start at 3:02 am, Tuesday morning as the Moon enters Earth’s penumbra, which is our secondary shadow. At 4:09 am, the Moon will begin to enter Earth’s umbra, which will be very apparent as a progressive chunk of the Moon becomes dark. This is the partial eclipse stage. Starting at 5:16 am, and continuing until 6:41 am, the Moon will become fully engulfed in the umbra, this is when the Moon will cast a red glow. Maximum eclipse will happen at 5:59 am, which will be when the Moon is in the center of the umbra. Now sunrise happens, for Southern New England, around 6:30 am, which is before the eclipse comes to an end, so New England will miss out on the entire eclipse.

Frosty Drew Observatory and Science Center will be open for this event starting at 2:30 am, Tuesday, October 8, 2022 until 6:00 am. We will have views of the eclipse in our telescopes as well as a wide open view of the sky. We realize that this is early in the morning, but we will not have the option of viewing a total lunar eclipse for another 2.5 years, so set that alarm and push yourself out of bed. Read about our eclipse event. Then, take a moment to check out our images of the total lunar eclipse that happened in May 2022. 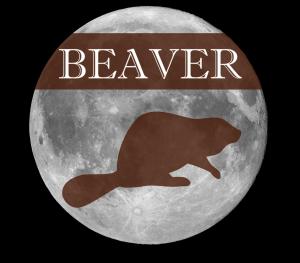 On Tuesday, November 8, 2022 at 6:03 am EST, the Full November Moon will occur. If you read the previous three paragraphs, this is obvious. The November full Moon carries the moniker: The Full Beaver Moon. The origins of this label come down to beaver activity as it relates to preparations for the winter. During November, most beavers have their homes prepared for the winter, as well as their winter coats. At times the November full Moon is also referred to as the Full Frost Moon, as this is when we start experiencing those frosty mornings, especially in New England. Regardless of what you call the November full Moon, one thing is certain, 2022’s display will be amazing as it will be accompanied by a total lunar eclipse. So get out there on Tuesday morning and catch the Full Beaver Moon being eclipsed by Earth’s shadow.