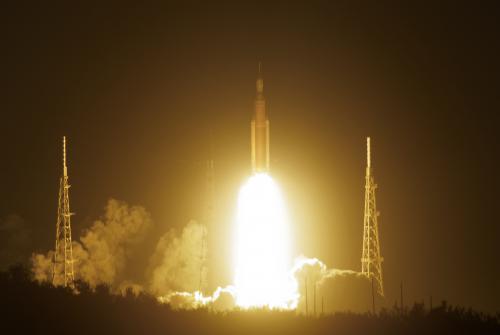 This past Wednesday, November 16, 2022 at 1:47 am, NASA’s Space Launch System (SLS) successfully launched the Orion capsule from Kennedy Space Center, Florida. Which is part of the larger Artemis mission. This launch is an uncrewed test flight to the Moon and back. Currently, the Orion crew module is en route to the Moon, where it will make a close flyby, and return to Earth. The flyby will occur on Monday, November 21st, with closest approach to the Moon occurring at 7:57 am EST, at around 80 miles distant. There are a lot of similarities that can be drawn between this test flight and the Apollo mission test flights around the Moon. Though one big difference is the digital imaging capabilities of modern times. Unlike the Apollo missions, the Orion capsule is fitted with several high resolution cameras, which will be firing away during this flyby. Additionally, Orion is going to perform a technology demonstration named Callisto. This demonstration has three live streaming video cameras placed inside the crew cabin. The demonstration will show what video conferencing capabilities with the crew, while in lunar orbit, would be like. NASA TV will, of course, be hosting all of this awesome imagery in real time this coming Monday. Once the flyby is completed, the Orion module will continue back to Earth, with the orbital insertion burn occurring on November 25th at 4:52 pm. Which will also be hosted on NASA TV. So kick back this coming week and immerse yourself into the Artemis mission with fabulous views of the Moon, and get ready for humanity’s return to our only natural satellite. 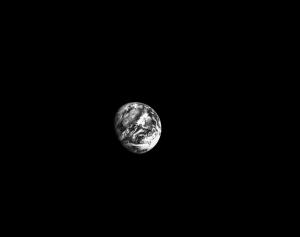 Early this morning, Friday, November 18, 2022, the annual Leonid Meteor Shower peak occurred. Of all the notable meteor showers of the year, the Leonids are our least favorite at Frosty Drew. This is because the Leonid shower is really quite a dud. It is very popular because of a 30 year outburst cycle that this shower produces, which has historically brought meteor storm conditions with thousands of meteors visible per hour. The last notable occurrence of this was in 2001. Since then, the Leonids seem to produce less meteors per hour on the peak night than other meteor showers that are happening at the same time, including lingering Orionid meteors, Monocerotid meteors, and Taurid meteors. Regardless, even though the Leonid peak is a dud, the overall shower, which runs November 6-30th, will increase the nightly rate of meteor activity as it joins in with the showers listed above. Now that the Moon is departing the night sky, making its way towards the New phase on November 23rd, it is a great time to get out and spot the occasional shooting star. Do it!

Now that the International Space Station (ISS) has resumed visible evening passes over the Northeast, we can expect a weekend of amazing viewing opportunities, with good opportunities continuing through the holiday week. This will give you an opportunity to show off your astro-geek cred to your family and friends as you gather for festivities later this week. So put these times on your calendar and set your alarm so you can show just how geek you have become:

“What is orbital sunset?” your family and friends may ask. Well duh, it’s when the ISS, which is in direct sunlight, orbits into Earth’s shadow. All we see down here on Earth is sunlight reflecting off of the ISS. When this happens, residents of the station are experiencing sunset, which happens once every 90 minutes. Now kick back and enjoy the accolades of your geekiness over a nice holiday evening.

Have a Happy Thanksgiving, in whatever way you celebrate, from all of the astro-geeks at Frosty Drew Observatory and Science Center.