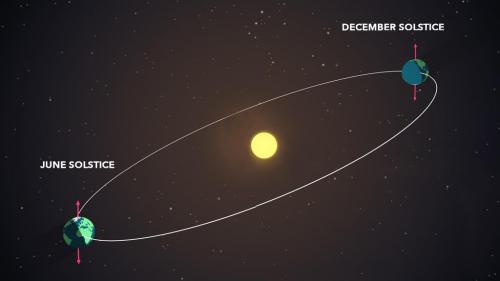 This past Sunday, December 11, 2022, the NASA Artemis 1 mission was successfully completed when the Orion crew capsule arrived back on Earth. The Artemis 1 mission launched on November 16, 2022 from Kennedy Space Center, FL. Once the Orion module separated from the launch package, Orion completed one orbit of Earth, after which it departed on its journey to the Moon. Once at the Moon, Orion completed two orbits of the Moon, coming as close as 81 miles above the lunar surface. Orion left lunar orbit after 6 days, and began its journey back to Earth, ending with a splashdown in the Pacific Ocean on December 11th at 12:40 pm ET. Overall, the Orion spacecraft spent 25 days and 10 hours in space, and proved stable and ready for future crew supported missions. Take a moment and review the Artemis Mission Maps for a taste of things to come. 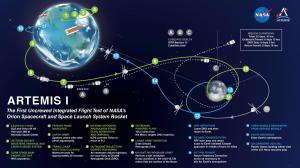 Starting this coming week, and through the holiday weekend, all five naked eye visible planets will be visible in the twilight sky. Over the past several months, Jupiter and Saturn have been rocking socks, and Mars joined in the party earlier this autumn. Now that Venus has passed superior conjunction (October 22, 2022), which is when Venus orbits onto the other side of the Sun than Earth, Venus is starting to become visible in the evening sky after sunset. Mercury on the other hand, has a rather fast orbit around the Sun, completing one full orbit in only 88 days. This places Mercury in the evening and morning sky four times per Earth year, which just happens to be occurring now – in the evening sky. When viewing Venus or Mercury, we have to look towards the Sun because they are closer to the Sun than we are. Venus is quite easy as it is closer to us and has a rather wide orbit around the Sun, Mercury does not, and will always appear low on the horizon either after sunset or before sunrise. 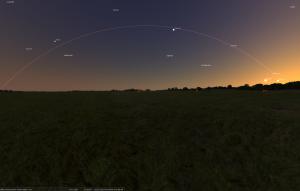 To catch a view of all 5 planets, you will have to be at a location with a good view of the SW horizon, and be at that location for sunset. About 20-30 minutes after sunset, you will notice Venus shining brightly about 5º above the horizon, with Mercury much dimmer about 8º above the horizon. As the days progress, Venus and Mercury will visibly become closer to each other. Saturn will be about 28º over the SSW horizon, Jupiter is so bright that you can’t miss it at almost due south, and Mars will shine brightly and rather ruddy at about 24º above the E horizon. On December 24th, the 3.3% waxing gibbous Moon will join in, next to Venus and Mercury in the twilight sky. Being that this is happening over the next week or so, you will have several opportunities to catch a view. So get out there and ring in the holiday with a view of all 5 naked-eye visible planets.

On Wednesday, December 21, 2022 at 4:48 pm EST, Earth will reach the point in our orbit where we are tilted 23.4° away from the Sun in the Northern Hemisphere. This is called the Winter Solstice, and marks the first day of winter in the Northern Hemisphere. On the Winter Solstice, we will experience our shortest daytime period of the year in the Northern Hemisphere. Locations north of the Arctic Circle will have 24 hours of night with corresponding locations south of the Antarctic Circle experiencing 24 hours of daylight. In the Southern Hemisphere the Sun will cross the zenith (directly overhead) for residents along the Tropic of Capricorn, resulting in the Sun crossing the sky 23.4° below Earth’s equator. On a cultural note, the Winter Solstice brings all the revelries we enjoy during this time of the year. It’s a harbinger of the cold long dark ahead as we descend into the winter, but it’s also the point that the days start to get longer as we begin our shift towards the Vernal Equinox. So take a moment on Wednesday, at noon, to step outside and notice how low the Sun is in the sky, and welcome the reason for the season as we make the final plunge into holiday bliss and close out another fantastic year of astronomy.

Have a Happy Winter Solstice, in which every way you celebrate, from the astrogeeks at Frosty Drew Observatory and Science Center!