Meteor Shower Prospects for 2012 and Other Astronomical Highlights 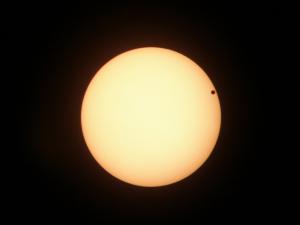 It seems like my meteor reports for 2011 read more like meteorological summaries. The weather was absolutely horrible. Not only did it spoil most of the shooting star displays that were not already affected by interfering moonlight, but extensive and prolonged cloud cover prevented amateur stargazers from telescopic viewing throughout the year as well. In fact, as of December 8, Ladd Observatory was only clear 14 Tuesdays out of a possible 49 up to that date, and only two of the closures were non-weather related! We can only hope that in 2012 Mother Nature will cooperate and provide more observing opportunities.
Before I highlight the observing prospects for the more productive 2012 meteor showers, let’s see what other astronomical events are scheduled for the new year.
While there are four eclipses in 2012, two solar and two lunar, we will not see any of them here in Southern New England. Mars will be well placed for observing at a reasonable hour once spring arrives. While Mars will be at its closest approach to the Earth on March 5, it will still be about 63 million miles from us. Though the image through a telescope will not be as large as it has been during past close encounters, it will still reveal some detail through the larger scopes available at the local observatories.
In addition, we will be treated to another transit of Venus across the disk of the Sun on June 5. Venus transits occur in pairs, eight years apart. You may recall we experienced the first one of this pair back on June 8, 2004. (See accompanying image.) Locally this event begins at approximately 6:04 p.m. EDT in the western sky with the Sun about 22 degrees above the horizon. Venus will pass between the Earth and the Sun, allowing us to observe, with proper filters, the disk of Venus as it transits the solar disk. The Sun will set at approximately 8:07 p.m. EDT with the transit in progress.
You’ll need a good horizon if you want to follow the transit through sunset. Let’s hope we have clear skies, since the next transit of Venus doesn’t happen again until December 11, 2117!
I will be writing an observing guide for the transit of Venus prior to the event, but if you wish to observe it safely I recommend you purchase solar eclipse glasses early, as the transit will be visible to millions of folks across the United States. They are available from a number of vendors through the internet. Whatever you do, caution will be the keyword of the day. You will not wish to ruin your eyesight by looking at the event unfiltered, for there will be many more astronomical events for you to enjoy in the coming years.
During 2011, I probably observed fewer meteors than I have for quite some time. I love sitting out there under a dark clear sky scanning for a few shooting stars to blaze across the heavens. Unfortunately in 2011 many things conspired to keep me indoors.
However, in looking ahead to the coming year, the more productive meteor showers have the most favorable observing conditions, regarding Moon interference, than in many recent years. Now if only the weather will cooperate.
We start off the new year with the Quadrantids, which will peak on the morning of January 4. In a dark sky observers can potentially see a sharp peak over a two-hour span of up to 100 meteors per hour. That peak this year occurs at about 2:00 a.m. A waxing gibbous Moon will brighten the sky prior to its setting around 3:00 a.m. Fortunately the radiant point (the area of sky from where the meteors appear to originate) is not far from the end star (Alkaid) of the Big Dipper’s handle.

From midnight till dawn this area of sky will rise higher and higher above the north-east horizon. This scenario places the radiant point on the opposite side of the sky from where the Moon will be, so moonlight should not hamper observing this shooting star display. The Quadrantids are often blue and frequently blaze more than halfway across the sky at 25.5 miles per second.

Select an observing location as far from interfering lights as possible. In addition, please dress warmly if you plan on spending more than a just a few minutes outdoors viewing the Quadrantids. And observe with a friend so you don’t fall asleep if the meteor activity has a lull period. Even around Southern New England, mild frostbite can affect exposed skin if you’re not careful.

And while there are some folks who mistakenly believe one needs a telescope to observe a meteor shower, all you really need are your eyes to enjoy this beautiful shooting star display.

As I have already mentioned, the remaining 2012 meteor showers have the best prospects I have seen for quite a long time. The brightest Moon phases will fortunately not interfere with the meteor showers that most of us enjoy. As long as the weather cooperates, 2012 could find us spending more time out under the stars waiting for a shower of comet dust to disintegrate in the sky above us.

Clip and save this 2012 meteor shower prospects chart and use it to plan your observing schedule for the coming year. I will highlight the specifics of each shower in my monthly columns as the peak dates approach.
In conclusion, if you want to get close-up views of the Moon, planets and other celestial objects, please visit the facilities at Seagrave Memorial Observatory in North Scituate, Ladd Observatory in Providence, or Frosty Drew Observatory in Charlestown. While it can be quite cold observing in these unheated domes, these facilities do remain open year-round provided snow or ice does not force closures. Please check their respective websites for any cancellation notices before venturing out for a visit. Currently the winter hours for Seagrave and Ladd are 7-9 p.m., while Frosty Drew begins at 6:00 p.m. with no set end time.
Clip & Save
Meteor Shower Prospects for 2012

Let’s hope that the Quadrantids set the benchmark for the entire year by showering a cloud-free sky with a wondrous display of shooting stars.
Happy New Year!
David A. Huestis