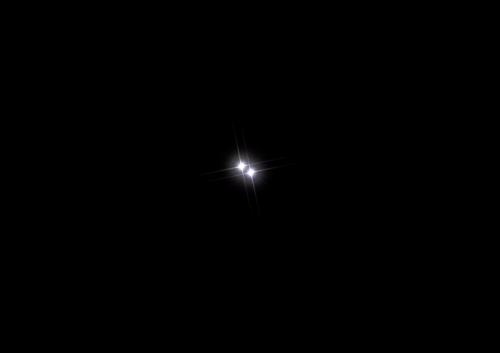 On those beautiful nights when the sky is transparent, the atmosphere is calm and the Moon is bright; many a seasoned astronomer will keep their telescopes indoors. To me, they are missing out on a chance to see some of nature’s most spectacular celestial objects, double stars. Sissy Haas, author of double stars for small telescopes, said “I think that many double stars are more beautiful than any flower on Earth; some reveal subtle colors that no earthly object can duplicate.” When I use the term double stars, I am including true binary stars, star systems consisting of two stars orbiting around their common center of mass, as well as optical doubles, those stars that look like pairs, but may actually be light years away and have no physical connection to each other.

Besides the striking colors that double stars can have, many can be seen on nights when the Moon is too luminous to enjoy all but our brighter planets and of course “The Moon”. Besides the lure of trying to find these stars, you then have the challenge of trying to split or separate them. To me though, the best part of hunting for double stars is the opportunity to leave my 8” Dobsonian inside, take out the 4” APO refractor on my Go To mount and crank up the magnification. I don’t know about you, but if you‘re like me, you own several eyepieces with low numbers like 4.5 mm, 5.7 and 7mm, that rarely leave your accessory case. What an opportune time to pull some out and put them to use. Granted, too much power can cause the image definition to suffer, like if the pairs are very unequal in brightness, but if this happens, just lower the power some. 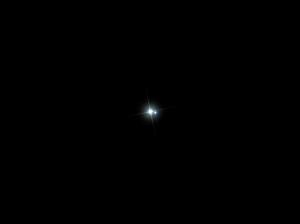 This time of year, some of my favorite doubles include: Iota Cancri, Herschel 3945 (“The Winter Alberio” ), Alpha Canis Venaticorum (Cor Caroli) and a triple star, Beta Monocerotis (In reality a quadruple star). Actually, all are easy to split under fairly low power except for Beta Monocerotis.
Not to sound like a representative for “Sky & Telescope”, but Sissy Haas’s book is a great place start for observing the more obscurely known double stars. The stars are not only broken down by constellations, but a description and approximate magnification needed to split them are given as well.

So when the moon is bright and the conditions are right, you can take out your telescope and see “Double” or leave it inside and see “Nothing.”