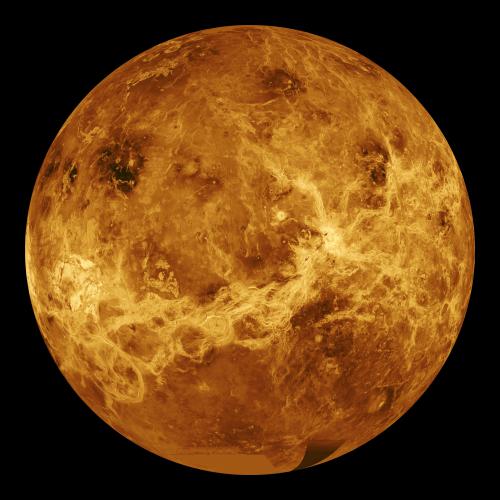 Have you noticed that super bright star in the Western sky just after sunset which appears to rise a little higher with every passing night? Well that is certainly not a star! It is actually the planet Venus. The brightest natural object in the sky after the Sun and Moon, Venus has moved into our evening sky and is set to dazzle sky watchers for the first half of 2015 starting this weekend.

Venus, being the second planet from the Sun and positioned as an inner planet in relation to Earth (which is the third from the Sun, you had better of known that!), presents itself in visible phases like the Moon does. This happens because of Venus' orbit around the Sun observed from an outer-planet point of view. The side of Venus that faces the Sun, and consequently receives direct sunlight, is not always the same side of Venus that we see. This differs significantly from planets that are further away from the Sun than we are, which we generally always see the same side that sits in direct sunlight. Think of Venus' orbit, when Venus is on the opposite side of the Sun than Earth, called “Superior Conjunction”, Venus is at full phase, with the side facing us also being in direct sunlight (we have to look past the Sun to see Venus). 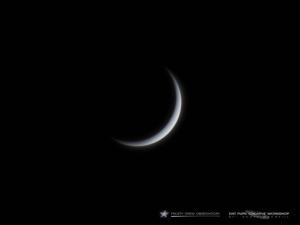 Alternatively, when Venus is between Earth and the Sun, called “Inferior Conjunction”, Venus is at its new phase, with the side opposite the Earth in direct sunlight (think transit of Venus, when the dark disk of Venus passed in front of the Sun).

Now that Venus has become visible in our evening sky, it means that Venus is emerging from behind the Sun in its orbit and entering the left side of the Sun, from our point of view. Once Venus emerges, it is just passed full phase, and starting to wane. Over the next seven months Venus will continue to wane, eventually becoming a sexy super thin crescent before passing in between Earth and the Sun and arriving at inferior conjunction on August 15th this summer.

While observing Venus this January, you will notice a much dimmer star just to the bottom right. This is also not a star, but the planet Mercury, the closest planet to the Sun. Tthese two inner planets began their dance in our evening sky just after the New Year and will continue through January wit Mercury quickly moving out of our evening sky, descending towards the horizon and out of view by the end of the month. If you miss out on this celestial dance, second chances rock, as Venus will have another fabulous conjunction, this time with Jupiter during the end of June 2015.

Venus will be a frequent target in our telescopes at Frosty Drew Observatory this year. So get out there in 2015 and see if you can spot the spectacular phases of Venus.