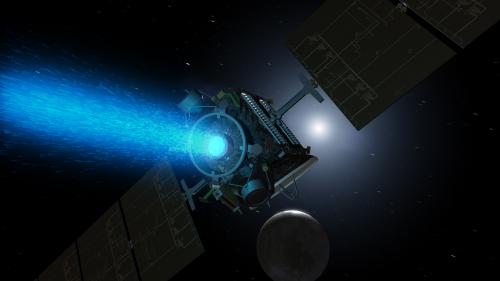 At 7:39 a.m. EST Friday March 6, 2015, the NASA Dawn spacecraft; which has been navigating the Asteroid Belt for the past 3.5 years, successfully acquired orbit around the closest dwarf planet to Earth, Ceres. Like the common story goes, the Dawn mission is a mission of firsts. Though history was totally made (again!) that Friday morning, the adventure is just getting started at Ceres with a series of mapping altitude adjustments planned over the next 9 months.

The Dawn mission controllers at NASA JPL (Jet Propulsion Laboratory) received a signal from Dawn at 8:36 a.m. EST that morning, informing mission control that the spacecraft was functioning properly and had engaged its ion propulsion engine. This indicated that Dawn had successfully entered the planned orbital pattern. Orbit was acquired at 7:39 a.m. EST at near 38,000 miles distant from Ceres when Dawn was captured by the dwarf planet's gravity. 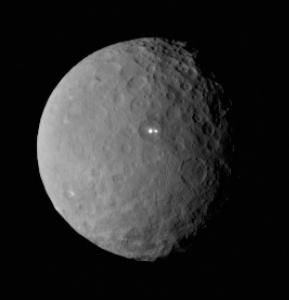 If all this is not awesome enough, the science is about to get a whole lot better. Dawn will now assume a polar orbit around Ceres at an altitude of 8,388 miles and begin collecting images and sensor measurements. Once complete, Dawn will drop to a new survey altitude of 2,753 miles where global imagery will be collected as well as infrared mapping. In August, Dawn will spiral down to an altitude of 920 miles where additional visible and infrared mapping will continue at higher resolution. Additionally, 3D surface mapping will commence. Dawn will continue to descend further in altitude, eventually achieving a close orbit in November 2015 at 233 miles distant, where gamma-ray, neutron detection and gravity investigation will take place. 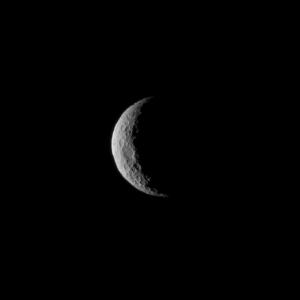 Regardless of the malfunctioning components, Dawn is set to mesmerize yet again as a remarkable mission that done absolutely amazing things! While at Vesta, from 2011 – 2012, Dawn had forever changed our view of the little world, and we can surely expect the same level of amazement over the next year at Ceres. Follow along with the adventure at: http://dawn.jpl.nasa.gov/ and keep an eye out as the images start pouring in. Then give it up for Dawn, one of the most ambitious missions of the decade that has delivered hugely on its prospects!