An Encounter with Pluto 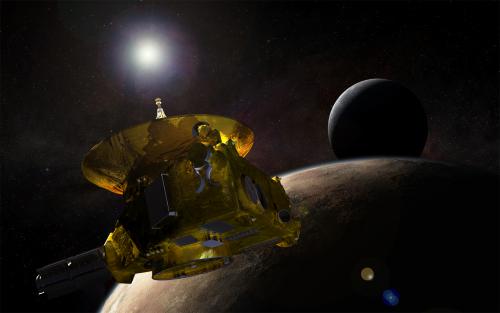 UPDATE: The NASA New Horizons spacecraft successfully performed the Pluto flyby maneuver at 7:50 a.m. EDT on Tuesday, July 14th. During the flyby, New Horizons was in communications black out and phoned home as planned at 8:53 p.m. EDT on the same day, signalling that the flyby was a success!

On Tuesday, July 14 at 7:50 a.m. EDT, the NASA New Horizons spacecraft will perform its anticipated epic fly-by of Pluto. Though all eyes will certainly be watching, New Horizons will be busy performing its primary mission within a tiny window of opportunity to spend any time dealing with crazed Earth-bound nail biters that are drooling for up close images of Pluto's ruddy surface.

Launching in early 2006, NASA New Horizons has been trekking the Solar System building up speed to reach the distant orbit of Pluto which, at present, resides near 2.96 billion miles distant from Earth. At this point New Horizons has achieved massive speeds of 30,800 mph, compliments of a gravity assisted acceleration from Jupiter. With New Horizons moving so fast, and Pluto having a small diameter of only 1,471 miles, any attempt at acquiring orbit would prove futile. Leaving us with the fly-by scenario. Though the closest approach will happen quickly, there will be no shortage of science happening. 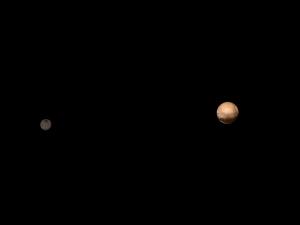 New Horizons, which is about the size of a grand piano, is packing an arsenal of science instruments including cameras, spectrometers, plasma detectors, dust detectors, and more. This payload of science awesomeness will be collecting immense amounts of data! Topics of study will include Pluto and Charon's geology, Pluto's atmosphere, the existence of an atmosphere around Charon, mapping of Pluto and Charon's surface compositions and temperatures, searches for additional satellites (moons), and more.

Now we all want data and images, and we want them now! But at these extreme distances it will take 4.5 hours for communications to reach New Horizons and another 4.5 hours for communications to be received from New Horizons. The average broadband user is accustomed to around 20 – 100 Mbps (megabits per second) which enables Netflix streaming, VOIP, and a daily MMO dive into battle, thievery, or orc manipulation. But New Horizons, at near 3 billion miles away from Earth, has to transmit and receive all data over a 1 kbps (kilo-bit per second) connection. Geek-challenged? 1,000 kilo-bits = 1 megabit. With data transfer rates like that, we can expect a hefty delay in the amount of images and data returned from New Horizons collected during the fly-by. A delay of about 16 months! Now there will certainly be regular releases of new data over that time period, but a complete data set of the encounter will not be received until late 2016. 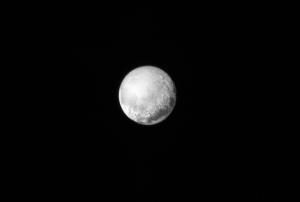 Though we may not see a super high res closeup of Pluto's surface on Tuesday morning, do not let that deter your viewing. I'm sure the New Horizons team will have previously unreleased images of Pluto, initial atmospheric readings, and enough information about New Horizons and Pluto to satisfy even the craziest Pluto advocating geeks. This is no doubt a historical moment, the point at which we pass Pluto at less than 8,000 miles distant and place a check mark next to another distant object on our Solar System exploration list.

Keep up with the mission at NASA New Horizons. Then tune into NASA TV on Tuesday morning at 7:30 a.m. to celebrate the Pluto Encounter at NASA TV. Woot!