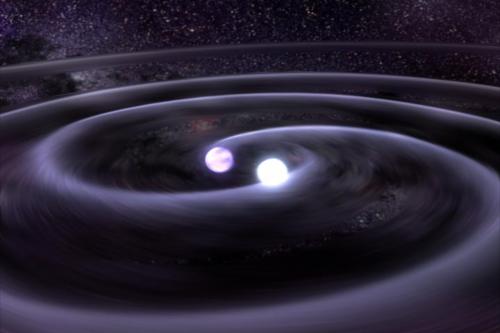 On the morning of February 11, 2016, the announcement that took the astrophysics world by storm was set loose. Gravitational waves have been directly detected. This discovery, again, proves how spot on Einstein's view of the cosmos was when he predicted the existence of gravitational waves in 1916 as part of his general theory of relativity. The direct detection of gravitational waves offers us a new method of observing and studying the Universe.

Gravitational waves, as predicted by Einstein, are ripples in the fabric of space, called space-time, that travel at the speed of light. These ripples are a result of catastrophic events in the Universe, events like supernovae, fast orbiting neutron stars, the big bang, and in this case a binary black hole merger (two black holes orbiting each other and eventually merging into one larger black hole). Einstein's mathematical predictions show that massive objects that are accelerating would disrupt space-time around them causing waves of distorted space to radiate from these massive objects. These waves would compress and expand space-time as the wave passes, in a similar fashion to ripples moving across the surface of water. 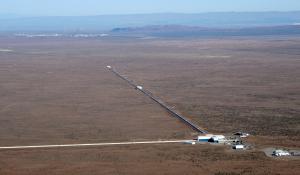 Detecting gravitational waves is difficult. Space-time distortions created by gravitational waves would measure 10,000 times smaller than the width of a proton. To capture these tiny distortions, the LIGO detectors were devised and built. Each detector, one located in Livingston, Louisiana and another located in Hanford, Washington, are comprised of two 2.5 mile long perpendicular arms that make up a visible “L” shape. Inside, a laser beam is split and directed along each arm where a series of mirrors reflect the beam back and forth along the 2.5 mile distances. After reflecting back and forth 400 times along each arm, the laser beams merge and are sent to a photodetector. The exact distance each laser beam travelled should match precisely. Unless a gravitational wave passes over, which would cause a tiny difference in the length of each detector arm.

Now there are many local anomalies and events that could produce a similar effect of a gravitational wave. That is why multiple identical detectors are required. When a gravitational wave propagates over Earth, all detectors should detect the same differences in distance the laser beam travels along its designated arm of each detector. Essentially, any event that is not detected by both detectors or that doesn't match will be considered noise and removed from the recorded data sets, allowing for detection of real gravitational waves.

On September 14, 2015, both LIGO observatories measured the same distortion with only a 7 millisecond difference in detection time. Since gravitational waves move at the speed of light and the Livingston, LA observatory recorded it first, we are able to predict that the source of the gravitational wave came from the Southern Hemisphere skies. Measuring the amplitude of the wave enabled us to calculate 1.3 billion light years as the distance to the event that caused the gravitational wave, which was the merger of two black holes in a binary black hole system, where both black holes orbited each other and eventually merged into one large black hole. 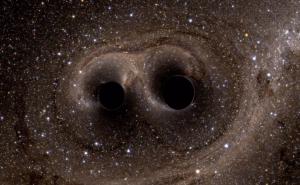