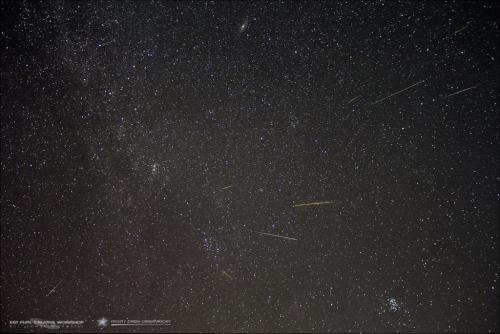 Rocks have been falling from the sky since the Earth coalesced out of the solar nebula 4.6 billion years ago. At the dawn of civilization, early cultures believed their gods were responsible, hurling these projectiles at the populace for some transgression. Around 357 BCE, Aristotle postulated that meteors formed in the upper atmosphere, either from solar heat producing gases, or “vapors” puffed out by the Earth itself. Many other astronomical phenomena were thought to be atmospheric in origin, including aurorae and comets. And as the title of this column suggests, meteorites were also thought to be somehow produced within thunderstorms. While the atmospheric nature of these phenomena continued well past the Renaissance (generally 14th -17th century), scholars did not ascribe to the idea that “burning rocks” could fall from the sky. Despite many eyewitness accounts, scientists were unable to support such a premise.

The idea that meteorites had their origin in space didn’t happen until a booklet was published in 1794 advancing that theory based on research into reported falls and examination of fragments. It met with much ridicule. It wasn’t until 1803 that a well-documented meteorite fall in Normandy France showered thousands of meteorite fragments on the French countryside that the concept of an extraterrestrial origin gained support.

Still, a few years later on December 14, 1807, a fireball fragmented, produced three loud explosions, and showered the Connecticut town of Weston with meteorites. Yale professors Benjamin Stillman and James L. Kingsley investigated and recovered 330 pounds of a stony meteorite. In 1808 they published their findings, concluding that the “rocks” did indeed fall from the sky. Thomas Jefferson, an amateur scientist, is alleged to have stated, “I would more easily believe that two Yankee professors would lie than that stones would fall from heaven.” There are several versions of this “quote,” and some historians call it apocryphal, like Newton’s alleged falling apple revelation.

Today we know that the meteor showers we experience result from the Earth passing debris left in orbit around the Sun by the tails of comets. Solitary fireballs are fragments of asteroids that have drifted through space before being pulled in by the Earth’s gravity. There are about a dozen major meteor showers and hundreds of minor ones. And during August we are fortunate to encounter the second most productive meteor display of the year — the Perseids.

The Perseids are the northern hemisphere’s most widely observed meteor shower because people spend more time with outdoor activities during late summer. And this year the conditions will be ideal, as long as the skies are clear.

This annual display of shooting stars will peak on the night of August 12-13, with the best time to observe as many meteors as possible between midnight and dawn. A waning crescent Moon (New on the 14th) will not brighten the sky at all. All you’ll have to do is find a dark sky location well away any from light pollution. Achieving this goal will maximize your viewing enjoyment as 60 to 80 meteors per hour will rain down from the sky at peak.

The best way to observe any meteor shower is to get comfortable on a chaise lounge or blanket and protect yourself from the hungry mosquitoes. The Perseids appear to radiate from an area of sky, called the radiant point, in the constellation Perseus. Use the accompanying sky map to locate this star pattern above the northeast horizon. (If you can identify the constellation of Cassiopeia, which looks like an “M” or “W” tipped sideways, then it’s close enough.) As Perseus rises higher the number of meteors will increase. Don’t simply concentrate your gaze in that direction. The meteors can appear anywhere in the sky, so constantly scan as much of the heavens as possible without straining your neck. Since the Sun rises about 5:51 a.m. locally, you’ll only have until around 5:00 a.m. to conduct your observing session before dawn’s early light overwhelms the stars.

With the Moon absent, and assuming a minimum of light pollution, an observer may see between 60 and 90 meteors blazing across the heavens at 134,222 miles per hour. These particles shed by Comet 109P/Swift-Tuttle completely disintegrate as they plunge through our atmosphere. The Perseids are usually green, red or orange in color. And some members of this shower are bright and often produce exploding fireballs. Also, fireballs may be more prevalent as we approach morning twilight. Why? At that time we are hitting the meteor stream head-on! Hopefully you’ll see more shooting stars than fireflies.

Mother Nature has not been very kind to us this year when it comes to astronomical events. So, if bad weather is forecast for peak morning, try observing the morning before and/or the morning after if the weather cooperates. You’ll see about one quarter of the peak night rates, or about 15-25 meteors per hour at best.