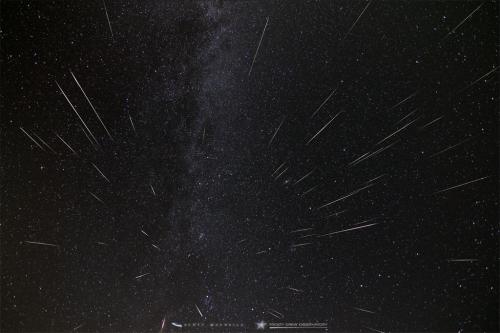 I can’t believe I’m writing about astronomical prospects for the year 2016. I can remember a time when I thought 2001 was far into the future. That future turned out a bit different than the one portrayed in the movie “2001: A Space Odyssey” (though my computer often behaves like HAL). However, our conquest of space is inevitable. Unmanned spacecraft have explored many of the distant worlds in our solar system. NASA’s recent call for the next generation of astronauts will prepare mankind for the eventual permanent settlement on Mars.

Unfortunately our “colonization” of Mars is still several decades into the future. But for the next 12 months you can explore our solar system, the Milky Way Galaxy, and countless island universes from your backyard and from the local Rhode Island observatories. The following are some of the astronomical highlights we can expect to see in 2016 if the skies remain clear and transparent.

Despite the often very cold nights at the onset of January, I look forward to the annual Quadrantid meteor shower. This year these blue meteors blaze across the sky at 25.5 miles per second during the night of January 3-4. While the shower will peak between midnight and dawn, a waning crescent Moon (last quarter on the 2nd) will brighten the sky somewhat and reduce the number of meteors that can be seen. Still, an observer situated away from city lights can expect to observe perhaps 30-50 meteors per hour. I’ve seen many Quadrantids shoot more than halfway across the sky!

While you can see these meteors anywhere in the sky, their radiant point (the area of sky from where the meteors appear to originate) is not far from the end star, Alkaid, of the Big Dipper’s handle. From midnight till dawn, this area of sky will rise higher and higher above the northeast horizon, and by 4:00 a.m. it will be almost at zenith (directly overhead). You’ll know you’ve spotted a Quadrantid meteor if its dust train through the sky points back to the radiant point. Be sure to dress warmly and do not fall asleep out there under the shooting stars.

During 2015, the Moon occulted (passed in front of) Taurus’ bright star Aldebaran. These occultations will continue in 2016. While there is one every month except June, here in Southern New England we can only observe the following events: January 19, April 10, July 29, October 19 and December 13

One quick note that is not entirely astronomical, we add a leap day to February during 2016 (February 29). We make this adjustment every four years to keep our calendar in sync with the Earth’s orbit around the Sun.

During the latter half of 2015, amateur astronomers had no naked-eye planets visible before midnight. Instead, they were all grouped together in the early pre-dawn sky. As we begin the new year, Jupiter will finally rise before midnight. Each night it will rise earlier, allowing casual stargazers to marvel at its beauty at a reasonable evening hour. On March 8, Jupiter will be at opposition (opposite the Sun in our sky) and will rise at sunset. On that date the planet will be at its closet distance to the Earth for 2016, approximately 412,296,186 miles

The highlight of 2016 is the transit of Mercury on May 9. Since Mercury orbits between the Sun and the Earth, it infrequently passes in front of the solar disk due to the planet’s orbital inclination to that of the Earth. The last one occurred on November 8, 2006, and the next one after this one will be on November 11, 2019. While the transit is a fantastic event to observe, only astronomers with special solar filters will be able to follow its progress. (I’m sure it will be broadcast on the web.) For those of you who can view the event safely, the transit will begin locally at 7:13 a.m. and end at 2:41 p.m. Details will be provided in my May 2016 column.

Mars has been one of those planets grouped together in the pre-dawn sky at year’s end. And due to the configuration of our two orbits, Mars has not been easily observable for some time. While you could get out of bed early in the morning during January and February, it won’t be until around March 1st that Mars will rise before midnight. Since the Earth is closer to the sun than Mars, our planet will be catching up to Mars in our respective orbits. On May 22, Mars will be at opposition, and our two worlds will be at their closest on May 30. This close encounter will be the nearest the two have been since November 2005, at 46,780,000 miles. Also at this time Mars will be at its biggest and brightest. Telescopes are likely to show a wealth of detail. The north polar cap will be tilted slightly towards us. The cap will be small, but noticeable. Mars’ summer solstice is on January 3, so a lot of polar melting will have occurred by May. Dusky surface markings should be apparent under medium telescopic magnification.

While Saturn can be observed between midnight and dawn during the first few months of 2016, it isn’t until about March 22 that this magnificent ringed world rises around midnight. On June 3 Saturn will be at opposition and at its closest to the Earth, about 838 million miles. Saturn will then be at its brightest in more than a decade. Contributing to this dazzling appearance will be Saturn’s rings, the north face of the ring system tilted about 26 degrees towards us. The view will be spectacular. They will be at their maximum tilt of almost 27 degrees in 2017.

The Moon occults bright stars often (reference all the Aldebaran occultations for this year), and once in a while it will occult a planet. On July 23 at around 12:06 a.m., a waning gibbous Moon will occult Neptune, the eighth planet in our solar system. This interesting event will begin with the two objects about 21 degrees above the southeastern horizon. Neptune will disappear behind the Moon’s bright limb (edge). The occultation will end at approximately 1:00 a.m. when Neptune will reappear along the Moon’s dark limb

While I absolutely hate the often coined word “Supermoon,” it has come into widespread use over the last few years. Well, the Moon’s nearest perigee (that’s the astronomical term for close approach) since January 26, 1948, will occur on November 14. At that time the Moon will be only 221,526 miles from the Earth. The next closest perigee won’t happen until November 25, 2034. I’m sure everyone will be talking about it, so I thought I’d alert you well ahead of time.

On December 6 the Moon will once again occult Neptune. This event will be more challenging to observe, as Neptune will disappear along the dark limb of a First Quarter Moon at approximately 4:15 p.m. locally. That’s the same time the Sun sets, so the sky will be very bright. Neptune is so dim that I doubt it will be visible through a telescope before it disappears behind the Moon. However, by the time Neptune emerges from behind the bright lunar limb at approximately 5:35 p.m., the sky will have darkened enough for Neptune’s reappearance to be viewed. Throughout this event the Moon will be well placed in the sky for all to observe.

So there you have it. The above astronomical events are merely the highlights for 2016. But please don’t simply wait for these calendar dates to arrive to enjoy the heavens. While I hope for clear skies for all of the highlighted events, experience has proven that clouds will unfortunately spoil a percentage of them. Reserve some time to venture outdoors a couple of times a week to observe the heavens. Scan the sky for meteors, learn a few constellations, or if you are located away from severe light pollution and the Milky Way is visible, grab a pair of binoculars and discover the star clusters and nebulae within our home galaxy.

In conclusion, please remember that the local observatories do remain open year-round to provide incredible views of the heavens with their wonderful telescopes. These facilities are unheated, so dress warmly. Ladd Observatory in Providence is open every clear Tuesday night. The Margaret M. Jacoby Observatory at the CCRI Knight Campus in Warwick is open every clear Wednesday night. Frosty Drew Observatory in Charlestown is open every clear Friday night year-round. Snow or ice can force closures, so please check the respective websites for any cancellation notices before venturing out for a visit. Currently the winter hours for Seagrave and Ladd are 7:00-9:00 p.m., while Frosty Drew begins at 6:00 p.m. with no set end time.

Please clip and save the following chart showing the observing prospects for the 2016 meteor showers. These displays of shooting stars only require your eyes, dark skies, and patience to enjoy.

Keep your eyes to the skies for 2016 and always.