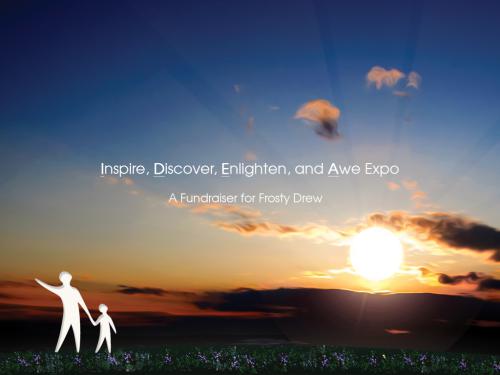 Tomorrow, Saturday, August 6, 2022 from 2:00 pm – 5:00 pm, Frosty Drew Observatory and Science Center will host its second annual Inspire, Discover, Enlighten, and Awe (IDEA) Expo Fundraiser. This is a day to learn about the history and future of Frosty Drew Observatory and Science Center. At this time, the weather looks rather acceptable, and it should be a beautiful summer Saturday to be out under the Sun.

The Frosty Drew IDEA Expo is an important event for us as it will help fund Frosty Drew’s mission of enlighten, discover, inspire- through education and research- knowledge about science, the night sky, and the universe. Our new PlaneWave CDK600 telescope, which became fully operational earlier this year, is a huge addition to our program, and will bring a slew of new programs, events, and opportunities for you to become engaged in astrophysical science. It has been quite a road to get where we are today and the support of so many amazing people is how we did it. Stop in tomorrow from 2:00 pm – 5:00 pm and experience what we all look like during the day. Learn about our namesake – Frosty Drew, and get engaged with our mission. We will have numerous presentation stations set up - learn about how telescopes work, engage in safe solar viewing with our solar telescopes, catch a daytime view of Venus in a telescope, galleries of astro images will be on display alongside a silent auction of astro images captured by our astronomy team, and so much more. This is also a chance to meet our astronomy team members, interns, and Board of Directors. Though the centerpiece of the day will be our new PlaneWave CDK600 observatory telescope! Light refreshments will be available for all who attend. Read about the Expo, and pencil us in for a beautiful summer afternoon at your favorite STEM destination.

This coming Thursday and Friday, August 11 and 12, 2022, the annual Perseid Meteor Shower peak will take place. The Perseids are probably the most popular meteor shower of the year due to the peak being quite active, and happening during the warmer summer months. The Perseids can bring upwards of 100 meteors per hour during the peak period, but specific conditions are required for rates to get that high. Unfortunately, in 2022, we will not have optimal conditions for high meteor rates due to the Moon reaching its full phase at 9:36 pm on August 11th. This will place the super bright Full Moon in the sky for the entire nighttime period, which will significantly outshine the meteor shower, leaving only the brightest Perseid meteors visible.

The Perseid Meteor Shower gets its name from the constellation that meteors will appear to radiate from. In this case, the constellation Perseus, specifically about 2° from the star Miram. Perseid meteors originate from the comet 109/Swift-Tuttle. A periodic comet, Swift-Tuttle makes one full orbit around the Sun every 133 years, and occasionally passes quite close to Earth. It is the largest object to make repeated near-Earth passes, with a 16 mile diameter nucleus. There were fears at one time that this comet would impact Earth, though refinement to orbital calculations has eased those concerns. Though in 2126 the comet could become brightly visible to the naked eye. Every time the comet crosses Earth’s orbit, it leaves a trail of icy debris that remains across our orbit. Every August Earth passes through this debris field. Small dust-sized and rice-sized pieces of comet ice enter Earth’s atmosphere at a rate of 37 miles per second and burn up. The streaks we see during this process are the meteors, which look like shooting stars.

Even though 2022’s presentation will be quite inopportune, the die-hard skywatcher can still spot several of the brighter meteors. If this is you, set out to a location with a wide open view of the sky, get there for the midnight time frame, and expect to be there until the pre-dawn hours. Lay on your back with your feet orientated towards the south and look to the zenith (top of the sky). If possible, attempt to block the Moon from your view, which will help keep your eyes a little more adapted to darkness. Frosty Drew Observatory and Science Center will open for the shower starting Thursday night at 8:30 pm, if weather is cooperating. We will have our telescopes open for viewing the Full Moon, and other brighter objects. Read up on our event here. Even though it’s a rather poor showing for this shower, there will be other meteor showers to enjoy before meteor shower season closes out in January.

The Full Moon of August will occur on Thursday, August 11, 2022 at 9:36 pm, and with it will come copious amounts of moonlight. The August Full Moon carries the moniker – The Full Green Corn Moon, or for New England residents - The Full Sturgeon Moon. Native American and Colonial American communities in New England used to fish for sturgeon during the late summer months in Lake Champlain. Though anyone who lives outside of the city will notice that the corn fields are fully grown, but not ready for harvesting. A true harbinger of the coming autumn season. In 2022, the August Moon will be quite close to Earth, though at Frosty Drew, we would not consider this full Moon a supermoon, considering that the lunar perigee (the Moon’s closest point to Earth in its orbit) happens at 1:16 pm on August 10th. In any case, the Moon will be quite bright. So take a moment this coming Thursday and set out for a location with a super low view of the SE horizon, and be there for 8:00 pm to catch sight of the yellow / orange Moon rising just after 8:16 pm, and welcome the Full Green Corn / Sturgeon Moon of August.

Now that Lammas Day has passed (August 1st), which is a cross-quarter day, we have entered the second half of the summer season in the Northern Hemisphere. Cross-quarter days are the midpoints between solstices and equinox, and vice versa. Aside from the usual level of excitement due to the anticipation of autumn, in 2022 we have another fantastic occurrence to get excited for. That is the return of the bright naked eye planets to the evening sky. Over the past several months, all of the planets have been hanging out in the morning sky, putting on quite a fantastic series of conjunctions. Skip ahead to now, and Saturn and Jupiter are rising in the night hours, with each planet rising earlier every day. At Frosty Drew we have already had our first views of Saturn and Jupiter, views that are our most popular in a telescope among visitors. Over the next few weeks we will start showing Saturn every Friday night at Frosty Drew Observatory, and eventually will be adding Jupiter. Now is the time to get excited!