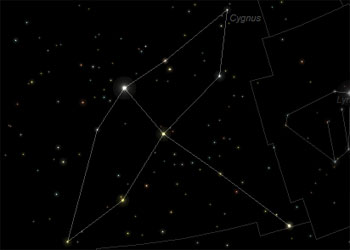 Although there are many swan myths, the most popular has Cygnus as the best friend of Phaeton. The two friends challenged each other to a race around the Earth, but both drove two close to the Sun, their chariots burned up, and they fell, unconscious, back to Earth. Phaeton landed trapped at the bottom of the Eridanus River, and Cygnus, in his efforts to rescue his friend, was told he could only do so if he were changed into a swan. Upon Cygnus.s death, his image was placed in the sky as a sign of undying friendship.